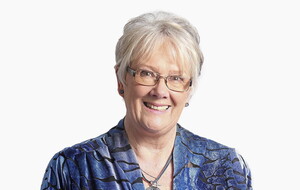 IT'S something of a mystery. Why and how is an unanswered question. What to do is yet to be resolved.

Fibromyalgia affects somewhere in the region of one in 20 people, seven times more women are likely to get this condition and children are not exempt.

Those who suffer from this are in chronic pain which often turns their lives upside down. The inability to get a good night's sleep results in tiredness; stiffness, digestive issues, headaches, anxiety and depression can follow.

Unlike acute pain which allows an injury to get better with time and medical attention, there is no such hope for fibromyalgia - it's treatable to a degree but there is no cure.

Joan McParland set up a support group based in Bessbrook, Co Armagh in 2011 and gained charitable status in 2014. Hope 4 ME & Fibromyalgia is run by patients and volunteers - there is no core government funding - and relies entirely on small grants and donations.

Joan is working with health professions to establish at least one dedicated clinic for sufferers and, through advocating and liaising with relevant bodies, she is raising the profile of both ME (Myalgic encephalomyelitis, also called chronic fatigue syndrome) and fibromyalgia.

For years those suffering fibromyalgia symptoms have been told to 'take a chill pill', to get over it, it's all in the mind.

Thankfully today there's a realisation that this indeed is a condition which needs addressing and understanding and that every case is unique - to accept that if a friend suddenly cancels plans because she is tired, or he can't come into work because he has pain all over his body, or someone who just can't keep up or concentrate with what's going on because of 'fibrofog'.

Some days might be better than others but in general this is an ailment like no other. A husband told me of the frustration of explaining to friends that although his wife looks fit and healthy she is far from it and might only get half-way up stairs before collapsing in pain.

For Joan it's two hours on, to tackle her daily life, and two hours off to rest. Her advice is to learn how best to live with chronic illness.

"Work within your limits," she says, "the danger is overstepping your abilities. I am no longer employable, I miss my job as a school meals supervisor but I had to retire through ill health.

"The lines are muddy - there's misdiagnosis, this illness is stigmatised, we're told there's no such thing, certainly 10 minutes with a GP won't sort your life.

"Being told to be more positive isn't any good and it's not surprising that suicides are five times higher with these patients."

She adds: "We are not depressed. We are desperate."

It's a bleak picture but many are living with fibromyalgia thanks to management like exercise and relaxation. There are therapies and medicines to reduce pain.

The exact cause is unknown but it may be related to abnormal levels of certain chemicals in the brain affecting pain messages carried around the body. It may also be linked to genes inherited from parents.

In many cases it appears to be triggered by physical or emotional trauma. All theories, no positives.

There is no age limit but usually between 25 and 55 years and mainly women - it's been suggested that as many as one person in 20 could be affected. It's all very vague.

There's no test for the condition but the good news is that research is going ahead and it's being taken more seriously by health professionals, including Belfast-based Dr Michael Stafford, a consultant anaesthetist with special interest in chronic pain management. There is much useful information and advice on his web page, both general and specific. (drmichaelstafford.com).

In America there's a theory that wearing green tinted glasses will ease anxiety levels but as far as Joan is concerned getting involved with groups like hers will give more much needed support. With last year's Queen's Award for Voluntary Services, Hope 4 ME & Fibromyalgia is making a difference.

All trustees are patients so they know what they are talking about and what is beneficial and together they host educational conferences for both patients and professionals and bring world renowned scientists and physicians to Northern Ireland.

As Joan reports: "We used to have face to face meetings and in a way the pandemic has been a godsend as we now meet through Zoom, reaching hundreds of patients and their families in Northern Ireland and the Republic with our specialist speakers."

I talked to a physiotherapist about the condition and he confirmed that physio treatment can help through relaxation and breathing techniques, exercise and counselling. I also spoke to a reflexologist and again it was the same response - there's no blood test to help with diagnosis, but relaxation is important.

Easier said than done when you are in extreme pain and dreadfully frightened about the present and the future. Where it used to be thought this was all in the mind, thinking today has progressed - it's not a case of mind over matter but a positive approach is important.

Find out more at hope4mefibro.org, where you'll find much relevant information and ways of talking to others experiencing this debilitating illness and sharing lifestyles that may help ease the suffering.

Also, Fibromyalgia Action UK is a charity that offers information and support. If you have any questions, call the helpline on 0300 999 3333.

The 141st Royal Ulster Academy annual exhibition is proving a big hit with the public and there's still time to visit the Ulster Museum to view. It runs until January 3 and there's something for everyone, from sculpture and film to printmaking and photography and for the first time entries from video artists.

Both established as well as new artists are on show alongside work by RUA Academicians. This is a free exhibition with no booking is necessary. Details at royalulsteracademy.org.

Sleb Safari: Is Brooklyn Beckham trolling us for a living?

As Fiona: I am devastated by the loss of my wife