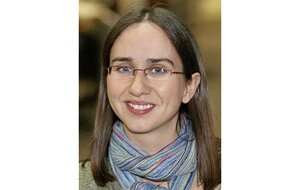 Listen up Jared Leto and Lady Gaga, Bill Nighy has no time for your method acting, your staying in character 24/7 and your having someone wheel you to the bathroom. Plus, if you think acting is anything other than a job he has news for you.

Jared and Lady G are infamous for their dedication to the craft, for their process, for whatever you wish to call it.

Jared Leto played a character with chronic pain in Marvel film Morbius and the director said he insisted on ‘staying in character’ and would make his way to the bathroom, slowly, on crutches. Time is money on a film set so to speed up the toilet trips a compromise was reached which saw Jared pushed there in a wheelchair. That was the compromise. Presumably negotiations opened with the suggestion he walked to the bathroom.

Lady Gaga is only a notch behind him. When she starred as Patrizia Reggiani in House of Gucci she stayed in character for 18 months and experienced “psychological difficulty” as a result.

She told Vogue: “I never broke. I stayed with her.”

She continued: “You end up sounding and looking like them, yes, but it’s not an imitation, it’s a becoming. I remember when we started filming, I knew I had become – and I knew that the greater challenge was going to be unbecoming.”

Jared and Lady Gaga starred together in House of Gucci so that must have been a fun set.

Bill Nighy, on the other hand, wants you to leave your nonsense at the door when you come to work.

“It’s fine, as long as there’s no pressure put on anyone else to do it the same way,” Bill says. “And that it’s not weaponised as a status thing, obviously. And that it’s done on your time. In other words, not on a film set or in a rehearsal room for a theatre play.”

It clearly is a status flex. What director is going to put up with the actor who has one line behaving like a pillock?

Bill also has some thoughts on drama teachers.

“Acting is work – and that doesn’t diminish it in any way,” he told The Independent. “If you’re in the company of anybody who suggests that an actor has to feel everything that they portray, then you’re talking to somebody who’s basically an amateur.

“Often it’s a way to punish actors. I think drama teachers do it sometimes to control students. To just stand there and say, ‘You’re not feeling it.’ How do you know I’m not feeling it? What am I supposed to be feeling? You don’t have to have been bereaved in order to act somebody who’s bereaved – otherwise, well, how would we proceed? Y’know, acting is acting.”

Basically Bill will not indulge your tomfoolery. He wants to do a day’s work then come home, have a cup of tea and watch the telly. It’s fair to say he’s more Holywood than Hollywood.

Today and every day henceforth Sleb Safari shall be channeling Gyles Brandreth.

The writer, broadcaster and Celebrity Goggleboxer is 74 and someone who believes in wringing every last drop out of every day he is gifted on this earth.

He shared with The Times what an average day looks like in his world and please, take a deep breath before starting to read it.

“Yesterday I began the day on ITV’s This Morning, which I love. You meet all sorts of people. I started yesterday with Richard E Grant. Then I met Olivia Attwood, who’s fresh back from the jungle. Then I had my foot interpreted by a foot reader. After This Morning, I went to record the Commonwealth Poetry Podcast. I’m a patron of the Royal Commonwealth Society. Every week we visit a different country by Zoom and discuss poetry. After that, it was on to the National Gallery, where I was hosting an event for Waterloo Uncovered with the Duke of Wellington — not the one who was at the battle in 1815. It’s a charity for veterans who go to the battlefield at Waterloo and do archaeology.”

High five Gyles Brandreth - and do share which multivitamin you swear by.

And so to Lee Child, author of 26 Jack Reacher novels, each very readable but oh so similar to each other, and lover of the Wyoming wilderness.

He and his wife moved there several years ago after years in New York and Lee says off-grid life is swell.

He’s so far off-grid that it’s a 90-minute round trip to get two litres of milk. At that rate of going Sleb Safari would take its tea black.

I don't think I should leave Rabbit alone with Oscar... pic.twitter.com/cFhY9LIkRp