Anne Hailes: Mark Allen, the rub of the green, the origins of old sayings and the unpleasant Matt Hancock... 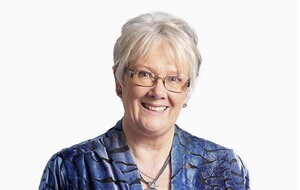 AFTER his tremendous win in the snooker the weekend before last, someone commented to me that Mark Allen must have had the rub of the green.

I don't agree. This 36-year-old has guts and determination and has come through a lot of trauma to end up winning the UK Snooker Championship at the York Barbican.

The Antrim man lost five stone in a short time and has got his life back in order and, after me almost giving up on the TV coverage, he came back later in the day to blitz his opponent and walk away with the trophy.

But what is the rub of the green? It started me thinking...

I always thought it was the advantage of the pile of the green baize on the snooker table or on the golf green which helped the ball along into the pocket or the hole.

But having looked it up, it's in fact a very old expression dating back to the 16th century and the game of lawn bowls.

'Rub' is an old English word that means 'problem' or 'impediment' and dates back to Shakespeare's Hamlet and the well known "To be, or not to be" passage, which continues: "To die, to sleep; To sleep: perchance to dream: ay, there's the rub."

Today the expression is used mostly in a sporting context but has little to do with its origin.

All families have their little good luck charms. Every time any of us children got a new blazer or coat my Auntie Joan would lick a finger and place it on the collar to wish us 'health to wear'.

At exam time my mother put a poker in the fire for good luck - it didn't work for me, but did for my brainy brothers. Even today where there's trouble in the family I'll light a candle; I like to think it concentrates my prayers for a good outcome.

We'll never put shoes on the table in our house - if someone does, they have to be put the shoes on the floor, step over them and give a whistle.

That's because when men put their hobnailed boots on the table after a long day's work, the result was a scratched table.

CROSS YOUR FINGERS ON THE 13TH

So many of these little habits are based on religion. Friday the 13th is supposed to be unlucky and is a bad day for shops, with people choosing not to leave the house in case of accident; often lifts in multi-storey hotels don't show an unlucky 13th floor, although in our family it's the opposite, because after the war my father sailed away from India on Friday 13th so it was a fortunate day for us.

In general 13 is considered unlucky and 13 around a table is to be avoided as it signifies a death based on the Last Supper when Jesus and his disciples sat round the table before He was crucified.

The cross itself has contributed to superstition, when you cross your fingers for hope of a good outcome or a protection against evil - it's based on the holiness of the cross.

When I was growing up, if I didn't toe the line I'd be told unless I'd behave there would be 'wigs on the green', which I now know is Irish in origin, referring to two duelling men of substance who would meet in a field with pistols or fisticuffs to fight for their, or often a woman's, honour.

Before their brawl they would take off their powdered wigs and place them on the green grass.

NOT MY FAVOURITE PERSON

I have to admit I fell foul of I'm a Celebrity..., having sworn I'd never watch. It all started with Matt Hancock and my wish to see him chucked out on day one, which wasn't to be.

What an unpleasant character - in my opinion, of course. To me he's insincere to his fingertips and how he lasted I'll never know, although social media supporters have a lot to answer for.

The only positive for me is the fact that I'm not quite so scared of the spiders in our house. They're huge but nothing compared to those in the jungle. The one on Boy George's head almost covered his scalp - mine are babies compared to that, so I don't risk bad luck by annihilating them.

The thick thatched roofs of cottages housed creepy crawlies that fell to the floor and onto the bed. So posts were erected and a sheet hung between and so the four poster canopy came into existence. Intriguing stuff.

In those old days, the woman cooked in the kitchen with a big pot hung over the open fire. Every day she would light the fire and add to the pot - most often vegetables, as meat was hard to come by, although when visitors came they would buy some bacon; so, 'bringing home the bacon' was a sign of wealth.

They would cut off a little to share with guests and then later sit around and 'chew the fat'. Bread also was divided according to status. Workers got the burnt bottom of the loaf, the family got the middle, and guests got the top, or the 'upper crust'.

Baths were taken in a big tub filled with hot water. The man of the house had the nice clean water, then came the sons, followed by the women and finally the children.

Last of all the babies... By which time the water was so dirty you could actually lose a little one in it, hence the saying, 'throwing the baby out with the bath water'.

It's fascinating and I'm sure you have lots of examples of family sayings and superstitions. Write them down before they are lost in the mists of time. It would be a good game around the Christmas table.

Incidentally, I found on YouTube a terrible eight-and-a-half minute list of Irish sayings delivered by an android with an English accent - I gave up at 'Experience is the comb that life gives a bald man'.