This time of year can be a time of great adjustment in households with children moving out and on to a new chapter in life – for work, travel or further education 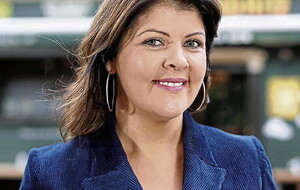 SOME days, just some days, I find myself wishing for a day of silence – with no-one in the house, nowhere to go and nothing to do but sit on the sofa and read or watch a mind-numbing drama series.

I feel like this once every few months, usually after there has been sickness in the house, or life and work have been a little more hectic than usual. On these days, I have to remind myself that the busy household and the madness is only temporary. The dependency won't be there forever – and then how will I feel?

This time of year can be a time of great adjustment in households where some or all of the children are moving out and moving on to a different chapter in life – for work, travel or further education.

I have listened to some friends over the last few weeks bemoan this period in life. While they are proud that they have got their children this far, they are struggling with mixed emotions.

They know that they have to let the children go, and grow up, but they find it difficult to deal with the silence in the house, the empty seat at the table.

I know that I won't fully understand what they are feeling until I experience it for myself.

The silence and space that's left in the house can be exciting for some people – those who count down the days until their children flee the nest, so they can get some of their life back, relish not having as much to do in the house and perhaps use the time to do something new.

Others find the silence deafening and the space terrifying. They have assumed roles within the family unit, been co-parents, running on the treadmill for 18 years, muddling through from day to day... then suddenly, they look at each other and wonder, what now?

This change can also bring with it a realisation to some that while they have been raising their children, they have lost some or all of their identity.

Our identity can be tied up in so many things, and our core sense of self can easily become over identified with one part of our lives, as we slip into and assume particular roles.

The minute a woman gives birth she becomes Mummy, she begins to feel guilty if she does anything for herself. When we find a partner, we might spend every waking moment focussing on them, being over consumed by the relationship, and forget about ourselves.

The same thing can happen if we over-identify with a professional role. If these relationships change or end with divorce and redundancy in the case of marriage and work, they can take away our purpose.

Some people live to assume a different identity, and they have never really known who they were to start with. In their case, they are not reviving or restoring an identity, they are creating one from scratch – which could be a more daunting task, the older you are.

Psychotherapist Bronagh Starrs talked to me about this subject on my radio show and said that we are jeopardising our happiness if we put these roles before our sense of self. Some people might never deal with it, some might find a replacement role, but when identity is gone, there is no meaning.

There is hope though. We can regain our sense of self at any time. Bronagh says to start with working out how the sense of self has disappeared, and perhaps start journalling as a way to work out where you went wrong. Allow yourself to be sad and anxious. Try to reflect, then connect.

It is only when children leave home that you might realise that you have been over identifying as a parent. Bronagh advises to reach out and talk about being overwhelmed. Allowing yourself to express it rather than bottle it up. She also suggested to make a ground rule not to mention the children when you're talking with friends. Focus on and talk about you.

The upshot is that it's never a good idea to fully identify as one thing in life. Taking time to relate to ourselves and work out who we are, what makes us tick, helps to retain a sense of self that is important to sustain us when certain relationships break down. Having a sense of self is not a selfish act, it is essential and necessary.