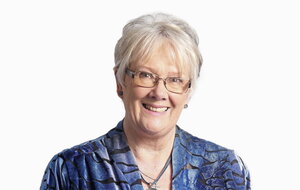 "I WALKED into a restaurant last week and saw my friend's husband with a young woman. I know her a bit, we all socialise together so I don't know if I should tell his wife. It all looked very cosy. I can't bear the thought that he's cheating on my friend. What I should do?"

Well, that's some problem to solve and it isn't easy. I asked a couple of married friends whether or not they would wish to be told of such a situation. Interesting results.

I started with Joyce (none of the names used belong to these men or women) and her story is heartbreaking.

"I married a man and I now know it was a rebound from an old romance, the woman dumped him when she found a rich replacement but I suspected he still held a torch. We had a family, we both worked and although it wasn't an ideal marriage many of my girl friends had problems too.

"Some of them found out that their men were cheating and were devastated and in some cases they separated. Anyway, Jim and I rubbed along OK for years, he worked all over the country and had a job in Derry every Saturday so I was used to him being away from home. Only when my youngest was 10 did I find the letters."

She assures me she wasn't looking for anything that linked Jim to another woman.

IT WAS A COMPLETE SURPRISE

"I didn't actually faint but it was close. I will always remember sitting on the bed and reading what his old girlfriend wrote. 'Lovey dovey' puts it mildly and it was obvious that he was writing to her. I asked him why he had to go to Derry every Saturday, what sort of job was it? He was evasive, said it was an ongoing work he had to keep his eye on. Then I gave him the letters."

It's obviously difficult for Joyce to talk about this part of her story because he told her the woman he had been close to before they were married was in fact the love of his life, she was married and had a family but she kept Saturday free for him.

It was awkward because I felt I was prying into a very personal secret but at the same time she seemed glad to tell someone who didn't know her family and who wasn't going to be judgmental.

"I left home for a couple of days but I came back because of the children. It wasn't fair on them, they knew something was wrong but I passed it off as an argument they didn't need to worry about. I kept the letters and in the end I took them to her house and when I knew she was out I gave them to her husband and told him to sort it."

Joyce and her husband remain together but she admits it's a toxic relationship. "He still goes away but I don't ask him where he's going or where he's been. If I want to keep the family together - and now that we have grandchildren - it's important I block it out of my mind."

Would she have welcomed someone telling her her husband was seen with another woman?

"Absolutely." She has no doubt and her voice is harsh. I asked her what she would have done. "Knocked it on the head immediately. It might have made a difference."

THAT'S THE RISK YOU TAKE

'Might'; without evidence you could be jumping the gun - those two in the restaurant knew each other, he or she might have had a problem the other could help with, they might have been with other people in the restaurant and stayed on to chat over a drink, it could be innocent, and if it was you would be sowing seeds of suspicion.

Perhaps if you had gone over and said hello, let them know you have stumbled on their meeting and have a chat, ask after his wife, suggest all meeting up, include the other girl and the chances are the man may mention it to his wife just in case you start gossiping. Again, remember you have no evidence.

Marie had another story. "I remember at work a man asking me if I knew my husband was seeing someone else, what would I do? I laughed and said I'd put garlic in all this meals.

"I thought nothing of it until soon after in the canteen the chat came round to someone cheating on his girlfriend and Pat looked at me and said: 'You'd be surprised who's having an affair in here.'

"For some reason that stuck in my mind, just the way she said it and her look but again I didn't do anything or ask any questions."

However, one day she got a phone call and the voice said: 'Ask your man did he have a nice afternoon with the girl Julie.'

Her young husband was often late home or out with the boys. However, one night he came home smelling of perfume and her world burst open wide when he admitted his double life.

She told me she confronted the situation, they talked of separation and did so for a while but thankfully with the support of her friends, they got over the heartbreak because she realised that he too was hurting but wanted to remain with her more than the 'other woman' but she still wonders if she can trust him.

"So I was warned but I ignored it, probably because it was all so vague until that Friday night. I expect if I'd been told directly I'd have questioned him sooner and it would have been sorted."

So what would I say, Joyce? Think carefully, you have no evidence, you still can say to this friend that you were surprised to see him with the girl and ask him if you should be concerned on behalf of his wife.

Ask Fiona: My friend's family is at breaking point