While the end of November marks the conclusion of both Men's Health Awareness Month and Movember, the conversation about men's physical and mental wellbeing must be encouraged to continue year-round, writes Leona O'Neill... 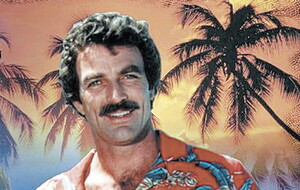 AS THE clock ticks down to the end of Movember and Men's Health Awareness Month, it's really important to keep the conversation going with the guys in our lives.

Men's health, both physical and mental, is a topic that is often swept under the carpet, ignored or not talked about due to embarrassment.

According to some research both in the UK and in the US, men's life expectancy can be significantly lower than women's, some studies have found by nearly five years. According to the World Health Organisation, men across socioeconomic groups demonstrate unhealthier smoking practices, unhealthier diets and higher alcohol consumption levels. And some research also found that men don't regularly see a doctor unless they are seriously ill.

Men seem to have been hugely successful at not looking after themselves as well as women. The toxic 'man up' mantra and culture of not showing weakness has done our men a disservice. Millions of men, our husbands, fathers, friends, brothers and sons, are putting themselves at risk by not seeking medical help for their concerns, worries and struggles. Outdated and destructive ideas about masculinity and embarrassment about seeking help are impacting men's health every day. It shouldn't be this way.

Campaigns like the worldwide Movember one are really shining a light on this important topic. Established in 2003 in Melbourne by two mates who set their friends the task of growing a moustache for charity, Movember has opened up the topic of men's health in a phenomenal way.

The campaign began to tackle the issue of prostate cancer and encourage men to make sure to look after their nuts and bolts to stay healthy and well. In a genius move, it tapped into the perceived masculinity of a good moustache, as well as men's competitiveness, to grow the movement. It saw men across the globe grow handlebar moustaches and facial hair that would give Magnum P.I. a run for his money. And, more importantly, it started a global conversation around prostate cancer that has no doubt saved lives.

My father died of prostate cancer at the age of 69. Far too young to be taken away from his family, far too many years ahead of him cruelly stolen. That is one of the reasons I applaud everyone who grew a moustache this November and all who supported them.

Fabulous moustaches are conversation openers, and I know those sporting them will have spread the word that men's health matters and in turn smash toxic mindsets that dictate that men stay silent or don't seek help about their health.

Over the years, the Movember campaign has also branched out to cover the topics of men's mental health. We are all familiar with the phrases that have historically been used to tell men they must be strong, take care of their responsibilities, control their emotions and not show 'weakness'. All of that does not lend itself well to men reaching out and seeking help when struggling and has had a detrimental impact on their health as a consequence.

I hope that we can all tell the men in our lives that it's important that they look after themselves, both mentally and physically, so that they can be their best selves. I hope we can tell them that it's OK to struggle and indeed it's the strongest and most courageous thing you can do to seek help to get you back on track.

I hope that the conversation around men's health and well-being doesn't fall silent as November draws to a close. We need to keep the conversation going all year round. For the sake of the men we love, keep talking, keep listening, keep being there.