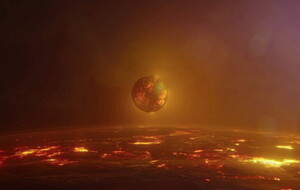 Saipan: Rebel Without a Ball, RTE 1, Monday and RTE Player

Mick McCarthy, like many players on the successful Irish teams of the 80s and 90s, speaks with an English accent.

Barnsley-born to a Waterford father, McCarthy holds an Irish passport. He has 57 caps for the Republic and had managed the national team for six years at the time of the World Cup 2002.

It must have hurt deeply when, in a fit of temper, the team's star player questioned his nationality in front of the squad.

“You're not even Irish,” Roy Keane declared, among a number of other accusations, as the pair had a monumental burst up.

The bad feeling had been building throughout the Japan and South Korea World Cup qualifying period.

Keane, correctly, had a view of the FAI as a bunch of amateurs whose lack of preparation was hindering the national team's performance.

In addition, he didn't rate McCarthy as a player or manager and was not shy in letting ‘the gaffer', the other players or the media know.

At the time, Keane was arguably one of the best players in the world and a leader in the all-conquering Manchester United team under Alex Ferguson.

When they arrived in Saipan without their training kit and faced with a hard, grassless pitch to train on, it was the final straw for the Cork man.

He wanted out and was going home until talked out of it by Ferguson and his agent. Regardless, Keane gave an explosive newspaper interview and when challenged by McCarthy the legendary row took place.

This time Keane was ordered home and the country was perplexed and divided as to how their best player, at the peak of his career, would not represent them in the biggest tournament in sport.

There have been a number of documentaries about the events, but Rebel Without a Ball was an excellent retelling of the saga.

Timed to coincide with the current World Cup, it included contributions from players Jason McAteer and Clinton Morrison, journalists Paul Kimmage and Tommie Gorman, and former Taoiseach Bertie Ahern. The reason for the inclusion of impressionist Mario Rosenstock went unexplained, although he did helpfully inform viewers that Keane was “a ride”.

There was also a brilliant clip from the time of Eamon Dunphy, a prominent supporter of Keane, in discussion with FAI official John Delaney about the controversy.

“I know you are one of the good guys John, one of the reformers (in the FAI),” an emollient Dunphy said.

Rebel Without a Ball posed the ‘what if' question, including imagined sequences where Ireland play Brazil in the 2002 World Cup final.

What if Keane had played, could the Republic, who lost in a penalty shoot out to Spain in the last 16, have done the impossible and won the Jules Rimet trophy?

Yes, said Ahern, who tried to mediate in the dispute at the time.

No, said the documentary. In the final sequence Keane hits the crossbar in a fictional penalty shootout against Brazil

If you're looking for an antidote to the constant football on television for the next month, this new Netflix series may be your redoubt.

The six-part Our Universe, released on Tuesday, is essentially Life on Earth but with David Attenborough replaced by Morgan Freeman.

The other difference is that it extends itself beyond the Earth, including the influence of the sun and the solar system, and thus the title.

The first episode covers how the energy of the sun is transferred to a cheetah on the plans of east Africa.

It's glorious, life affirming stuff and you could listen to Morgan Freeman's beautiful voice all day.

Idyllic, convenient and expertly designed: Bannfield Way is something to behold