TV review: Wirecard a tale of international espionage worthy of the Bourne series 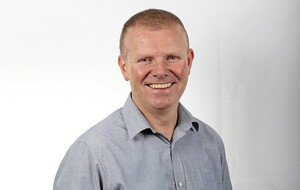 If you look past the Bourne style music and the over excited introduction, Skandal is probably the best thing on television at the moment.

It tells the true story of an astonishing business fraud which fooled everyone except some short-sellers and a journalist at the Financial Times.

Five years ago, Wirecard, a German based digital payments company, was a phenomenon.

The German establishment was in love with a company which had finally given the country of cars and heavy industry a foothold in the world of tech. A firm which could stand alongside the Googles and Facebooks of the US and Alibaba of China.

By 2018 'the German Paypal' was worth €21billion and was bigger than Deutsche Bank. It employed 6,500 staff and had offices around the world.

But for many people in the industry, Wirecard’s numbers just didn’t add up and the short-sellers, investors who benefit when a company’s share price falls, were desperate to expose it.

And one of them brought his research to Dan McCrum, a journalist with the London headquartered Financial Times.

McCrum admits that he was negligent in not initially explaining this to his readers.

There is nothing wrong with taking information from short-sellers, but it is important to acknowledge that your source has an interest in highlighting information which it hopes will drive down the share price and make them money.

However, the short-sellers turned out to be right … and then some.

The Wirecard collapse gets more incredible as the feature length documentary continues. This wasn’t your common or garden fraud, this was deep fake.

Wirecard began life processing payments for online gambling and pornography sites but expanded into money laundering and had connections to Middle Eastern and Russian intelligence agencies.

Towards the end it just started making up transactions it claimed were run through subsidiaries in three Asia cities, which when tracked down by the Financial Times (FT) turned out to be fictional.

But it wasn’t all success for McCrum, whose book ‘Money Men’ is the basis for Skandal, and his boss at the FT, Investigations Editor Paul Murphy.

They were followed and photographed by private investigators employed by Wirecard, ridiculously McCrum and another colleague were investigated for share manipulation by Germany’s financial regulator BaFin and McCrum and Murphy were suspended by the FT for a period while the company called in an external investigator to clear any allegations of market manipulation.

Some of the tales in Skandal are sensational. Here's just one.

As the FT was beginning to get its teeth into Wirecard, Gary Kilbey, an investor and City of London insider, was contacted by the company’s second in command Jan Marsalek, who was desperate to meet Paul Murphy, a contact of Kilbey’s.

Kilbey invited Murphy to dinner with Marsalek (who offered to fly to London at the drop of a hat), saying that the Wirecard executive would pay him “serious money” to stop writing about the company.

Murphy made it clear he wouldn’t be accepting a bribe but would meet Marsalek.

The meeting broke up without agreement, but afterwards Kilbey opened a fee negotiation with Marsalek (who is now believed to be hiding in Russia) for his “PR” and for keeping an eye on the London short-sellers for Wirecard.

“I asked for a set fee of €500,000,” said a deadpan Kilbey, whose daughter has appeared on Towie, the reality TV show

On reflection, maybe the Bourne music was fair enough.