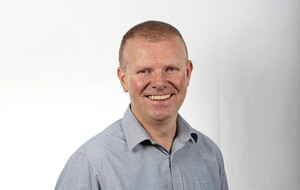 Get Smart with Money, Netflix

We can get a bit annoyed when we’re advised that the way to get through the energy price surge and double-digit inflation is to turn the heating down a degree and toast your stale bread.

It all sounds paternalistic and condescending.

If that’s how you feel about the world then a new money show on Netflix is not for you.

For everyone else, Get Smart with Money is a useful reminder that you generally get rich, or poor, slowly.

If you can manage to put the right building blocks in place, you’ll be in a very strong position.

We all understand the income side. Prioritise education, work hard and earn as much money as you can. This may include a second part-time job, or in modern parlance, a ‘side-hustle’ to earn extra money, often selling things online.

On the other side, the key is to spend less than you earn. Financial advisers talk about ‘paying yourself first’. This means paying into savings, a pension or mortgage before you consider any other spending.

The road to ruin and bad debt lies in spending more than you earn. Particularly if the excess spending is on high cost credit cards.

Get Smart with Money paired financial content makers with struggling families and individuals.

Arianna is a young mother who was overwhelmed by credit card debt and feelings of shame at the position she had put her family in.

Financial self-help author Tiffany Aliche’s prescription was basic but effective. Arianna divided her income into five pots, including savings and paying off her debts, and her debit card is only linked to one of them – the money she can afford to spend this month.

Lindsey is also struggling to pay her bills, despite working two jobs in hospitality. Her solution is to get a side hustle selling her jewellery and paintings and leaving the worst paying job.

But there was also financial advice for the better off. Jalen ‘Teez’ Tabor is a professional American footballer who was struggling after losing his contract and getting injured. He had blown most of the $1.6 million signing on fee he got after a stand out season as a college player on jewellery, houses and holidays.

His money helper, Ross Mac (although he spells it Ro$$ on his YouTube channel) advises investing most of what he has left in the US stock market.

Ross gets close to guaranteeing a 10 per cent annual return on the S&P500 when what he should have been saying is that the S&P has averaged more than 11 percent over the last 60 years, but can go down as well as up. In 2008 it was down almost 40 percent.

There are no revelations in Get Smart with Money and the examples are American, but it does encourage you to remember that small changes can have big effects over time. For good or bad.

So, toast the stale bread and turn down the thermostat.

Simon Reeve tries hard to be different in a television genre that’s been very well covered over the last 40 years.

And it’s this that makes Reeve’s exploration worth watching.

For this new trip, some of it filmed during Covid, Reeve begins in Venezuela, near the tip of the continent on a protected plateau two-miles above sea-level.

In the first episode alone, he joins a patrol in French Guiana with the Foreign Legion, gets a tour of an enormous area of gold mines owned by Suriname’s vice president and visits a haven for sloths.

Imagine the places he’s going to take us in the next four episodes.

Jake O'Kane: I'll never bend the knee to a monarch, but recognise that Queen Elizabeth was an impressive individual who diligently performed her duties