Leona O'Neill: Breaking the news almost broke me, now I'm sharing my story and others

As the launch of the new book Breaking – Trauma in the Newsroom approaches, Leona O'Neill explains why she's decided to share how being on the receiving end of death threats and witnessing a shocking murder have left a lasting mark on her and her family... 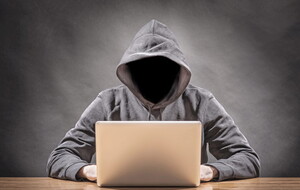 With the rise of social media, journalists receive abuse in the form of tweets, comments and DMs

JOURNALISM is something I have wanted to do since I was a little girl. I can probably blame my dad for that. He was a history teacher and a prominent civil rights activist and was glued to the television every night for the news.

I grew up watching news reports from bombings in Belfast, newscasters in suits and serious faces reporting from Great Victoria Street, the smoke still billowing from a building behind them. Or from Kate Adie, staying calm and collected and delivering the facts as chaos erupted all around her. I wanted that, I wanted to be in there in the middle of the action, seeing history unfold before my eyes and being able to tell readers, viewers and listeners about it.

I worked hard, got qualified and got my first full-time job in journalism before the Good Friday Agreement was signed. All my notions about journalism, about how exciting and exhilarating and exhausting it could be, played out for years. I absolutely loved it. I loved talking to people and telling their stories. I loved taking on governments and powerful people and giving a voice to those who had none. I loved putting people at the heart of every single story I did.

I did it all in journalism. I was a reporter, a sub-editor, an editor, I worked for magazines, TV companies, newspapers, online outlets and radio. I wrote features and columns. I taught journalism. I freelanced. And I loved every second of it.

It was also hard – exhausting at times, brutal at others. I got so many death threats and faced a lot of abuse. It never stopped me, just made me more intent on seeking and telling the truth.

With the rise of social media, the abuse went from notes and Mass cards to tweets, comments and DMs. It never fazed me. I kept going, doing my job that I had wanted to do since I was a little girl.

But then something hugely traumatic happened. While covering a riot in Creggan, we were shot at. Bullets buzzed past my head as I ran for cover and one hit Lyra McKee. I watched that young woman die on the street.

I was haunted and traumatised by what I saw. I saw a precious, vibrant life snuffed out in seconds and narrowly avoided death myself, and leaving my four young children motherless.

In the months following, I was targeted by heartless conspiracy theorists and malicious people online who delighted in compounding my trauma.

Human beings can be very cruel and heartless. They can take life without a thought, and wilfully destroy others with glee. I saw so much hate over the last three years, it has left a lasting mark on me and my family.

In our house we talk about how we feel, good and bad. We communicate, our emotions are allowed to float and swirl, we talk things out, people are free to show anger or sadness or happiness or fear. It's healthy. We deal with it. I always tell my children it's OK to feel vulnerable, you don't always have to sort stuff yourself, other people want to help and support, that they are loved and cared for beyond measure.

So in telling them it's OK to be vulnerable, I also had to show them by doing it myself. In our book Breaking – Trauma in the Newsroom, I wrote for the first time about walking through hell, indeed navigating that awful place with my family, and how it felt.

In around six weeks' time you'll be able to read about my experiences and 15 other journalists and media workers and how the news almost broke them too.

In it, I bare my soul. I display my vulnerabilities for all to see, knowing that there will be those online and in person who will delight in the challenges I faced and who will seek to break me once more.

But the difference is, this time I am vulnerable alongside 15 other brave souls who are baring their scars too.

I told other people's stories for almost 24 years. I'm telling mine now. I tell my kids that it's OK to be vulnerable. That challenges make you resilient. I am now practising what I preach, as tough as that is going to be.

You can read about the book here: maverickhouse.com/books/breaking.

Leona O'Neill: Breaking the news almost broke me, now I'm sharing my story and others

Ask Fiona: I feel trapped in another abusive marriage