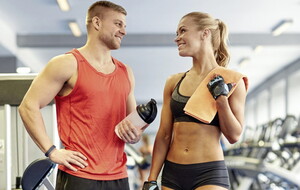 MY FATHER died four months ago after a very brief illness. It was a great shock to us all, and my sister and I were particularly upset. My mother was a rock and helped us through the darker days. We will always miss him, but feel we have got past the worst of it.

However, it seems like the effort of helping us through it has really knocked the stuffing out of my mother. She never has any energy and spends a lot of time just sitting staring out of a window. I am sure she is skipping meals as well. I visit when I can as I live nearby, but I also have a job and two active children of my own, so it's not always easy to get to her. My sister has similar problems.

When we do go, we try to avoid talking about dad because it seems to upset her. I have tried to get her to see a doctor, but she says she is fine and they are too busy anyway. Last week, I offered to help her clear out some of dad's things and she got really angry. I was hurt by this but still feel we should be doing more to help her.

I just don't know what to do. I would have thought having his stuff around her all the time would only keep reminding her of what she has lost. I wouldn't want these constant reminders and I don't understand why she does.

FIONA SAYS: People deal with grief in different ways. Following your father's death, it sounds like your mother kept herself busy supporting her family and with everything else that needed doing at the time. In a sense, this simply delayed her grief. Now that she no longer has lots to do, perhaps she is finally facing the full reality of the loss of your father and the feelings this creates.

I know you want to help, but it's probably better at this stage to let her grieve and take as much time as she needs to do it. Nothing will be gained by trying to rush her through this, as you've found. Her anger is just her way of telling you that she is not yet ready to move on, so please don't judge her too harshly.

For the moment, she wants her husband's things to stay. Continue to visit, support her, and give her all the love she needs – but please don't avoid talking about your father. Don't dwell on the negative of this loss, instead talk about all the good memories of him that you share. It may upset her, and it may make her cry, but this is all part of the grieving process.

She, and you, will never forget the loss of your father, but in time, I am sure she will find the strength to move forward.

MY NEW neighbour seemed nice at first but has since become really difficult. She is forever borrowing stuff ‘until she's unpacked' – and then forgetting to return it. It's now three months and she still seems to be unpacking because, other than my iron, nothing has been returned.

Unless I've forgotten something, she currently has a tablecloth, my son's hairdryer, my meat thermometer, and my small handheld vacuum cleaner. She's had some of these for over a month and although I have dropped hints that I want these back, she just ignores them. I don't want to get heavy and create ill-will, but what else can I do?

FIONA SAYS: You can be firm without getting heavy. Call in on her, smile, and calmly ask for the items back. If she offers to dig them out later, keep smiling and say that you really need them now and that you're prepared to wait while she finds them.

I suspect there is no malice and no intent to keep these things. She's probably either forgotten or has been too busy. Once returned, don't be in a hurry to loan things again unless it's a real emergency. Hopefully this will encourage her to become a little more organised.

TORN BETWEEN BOYFRIEND AND GYM FLING

I AM 29 and have been going out with my boyfriend for nearly 10 years. We met at college but have never lived together. He lives with his father and I have a small flat nearby. We have talked a lot over the years about getting a place together, but nothing has happened. It's as though he's happy where he is and doesn't want to change.

Recently, I have been thinking more about my future (I am nearly30) and where I want to be in five or 10 years' time. Which might explain why I had a one-night fling with a guy I know at the gym. He's six years younger than me and is not interested in a serious relationship, but it was exciting.

Part of me wants to see him again and see if we can make it work, but then I feel guilty about my boyfriend. I don't want to hurt him and wish he'd make more of an effort. Where do I go from here?

FIONA SAYS: The fact you feel guilty and want your boyfriend to try harder suggests to me that you still have strong feelings for him. However, something is wrong, and you need to sort this out, or you will continue to look for excitement elsewhere. If you're prepared to give him a chance to change, I'd suggest you don't mention the other guy, as this is only likely to end badly. But this needs to be your choice – do what you feel comfortable with.

You do need to talk though. Explain that you need something to change to breathe life back into your relationship, as well as some sort of commitment from him. Ten years without any commitment is long enough – and if he's not willing to give you this, I think you realise the time may have come to move on.