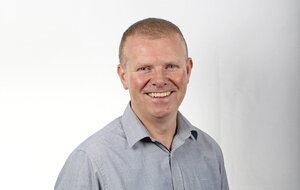 War and Justice: The Case of Marine A, Channel 4, Sunday and on demand on All4

The interaction between the law and the battlefield has convulsed the British establishment for more than a decade.

This has had implications for Northern Ireland but has its origins in the British and American response to the September 11 attacks in 2001.

Marine A was convicted of murder for the summary execution of a wounded Taliban fighter in Afghanistan in 2011, a decade after the US and its allies invaded seeking revenge.

The wars in Afghanistan and Iraq would be fought with the aid of new technology, particularly body-worn cameras.

The case against Marine A was open and shut. Two Taliban fighters attacked a British patrol in Helmand province. In response, the soldiers called in an Apache attack helicopter which fired 139 anti-tank rounds at one of the men.

Royal Marine Sergeant Al Blackman said he expected to find his enemy in pieces but the young man was still alive, barely.

Under the rules of war, Blackman should have called in medical support and evacuated the wounded enemy from the field. Instead, with an angry group of soldiers around him, Blackman shot the prone man in the chest and watched him die.

This, undoubtedly, would have been lost in the fog of war, only that it was recorded on the headcam of one of the soldiers. Initially when the video was found it was erased, but was later reconstituted by the Royal Military Police.

On the video Blackman could be seen and heard killing the man and asking the soldiers around him not to speak about it because he had “just broke the Geneva Convention.”

Blackman repeatedly lied to investigators. First denying that he shot anyone and then claiming that he shot a dead body in anger and while admitting that this would be a breach of the Geneva Convention, it was not murder. The video was to clearly prove this was a lie.

However, in 2015 after a campaign by his family and military veterans, Blackman had his murder verdict reduced to manslaughter on appeal.

It meant he had to accept that he knowingly killed an injured man and he was released from prison after serving three years.

The point of The Case of Marine A was to pose the question as to whether strict legal rules should be applied to young men under the extreme stress of prolonged battlefield exposure.

The British army was involved in, what it defined as, an anti-insurgency role in Helmand. Blackman’s supporters argue that this meant patrolling soldiers were expected to act as police officers, community workers and hearts and minds winners, but were also open to deadly attack at any moment, including the constant threat of IEDs.

The focus of Blackman’s appeal was that he was not psychologically assessed at the initial trial and a fresh psychiatric review found he was suffering from adjustment disorder brought on by battlefield stress.

The Case of Marine A was fair, although sympathetic to Blackman.

But it was surprising that there appeared to be no effort to find out anything about Blackman’s victim, not even his name. Would it not have been possible to try to find his family members in Afghanistan and enquire as to his motives for attacking British soldiers?

There was another problem with the documentary which claimed that Blackman was the first British soldier convicted of murder while in uniform since the Second World War.

This ignores the small number of soldiers with murder convictions for their activities in Northern Ireland.

Notwithstanding, The Case of Marine A is a useful contribution to a discussion in Britain which in many ways is the genesis of the proposed amnesty for Troubles killings.