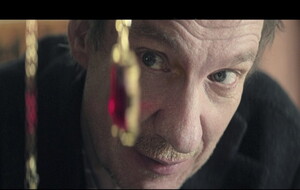 David Thewlis as John Dee in The Sandman

NEIL, AS THE CREATOR OF THIS WORLD, WHY WAS NOW THE TIME TO ADAPT THE SANDMAN FOR TV?

For well over 30 years, my part in Sandman adaptations was just to try and stop bad ones from happening. And fortunately, I was always successful in this. We got to 2020 and Sandman was the biggest DC comics property that still had not been adapted – it was widely considered one of the jewels in the crown, it was the adult comic that changed everything.

This adaptation is the first time that I've been willing to come on board. We've reached a point [in television] that really did not exist when the Sandman comics began. Technologically, I really think we're in a place right now where we're getting to make Sandman in a way that we could not have dreamed of making even 15 years ago, even 10 years ago.

TOM, HOW DID YOU FEEL ABOUT THE ROLE OF DREAM?

The honest truth is I had no experience of the comics. The first thing I did was get a hold of one and have a look at it, and then I started to dive into the story. Beyond auditioning for the character, I just fell in love with Sandman as a piece of literature.

It was extraordinarily long. It began, I think, in February 2020, and was a relatively traditional process. I did two or three auditions. I then had to get on a plane and do a screen test – and then the world changed. That meant I had more time to become more and more familiar with the literature, and I don't think I would have the understanding I have of Dream now had I not been allowed to spend so much time with him before we began filming.

The conclusion of the process was what I could only describe as a Sandman Oxford interview. It was me on a Zoom call with 12 different people all asking questions that one is never asked in an audition process as an actor – quite a deep, philosophical interrogation into my position on the character and the story and the ambition for the series.

After this quite haunting and terrifying hour and a half of my life, I got a phone call from showrunner, writer and executive producer Allan Heinberg. And it was an astonishing moment.

NEIL, WHAT ARE YOU MOST EXCITED FOR PEOPLE TO EXPERIENCE IN THIS TV ADAPTATION?

We know we have a huge fandom out there. For me personally, seeing this all come to life has been moving and often even overwhelming. There are thousands upon thousands of people out there with Sandman tattoos that they put on because it meant so much to them. And I want all of them – because they're all going to be worried that we're making something rubbish – to be a little bit happier after they've seen the first episode.

Every part of this show feels like Sandman. And that, for me, is the most important part, and what makes my heart happiest. I'm most excited for fans to see this story that, until now, and for over 30 years, has only ever been in their heads, actually happening.

:: The Sandman streams on Netflix from Friday August 5.