Sleb Safari: Eamonn Holmes and his Tayto consignment from home

TO EAMONN Holmes and his love of crisps. For the record he ‘likes’ Wotsits but gets boxes of Tayto sent over from home.

It all started with a discussion about sitting on the sofa eating crisps and watching John Wayne films which seems entirely appropriate for a man of his age who hails from these shores.

After a brief nod to Wotsits and a declaration of love for prawn cocktail crisps from Vicky, Eamonn made his big announcement.

“I actually have my crisps imported from Northern Ireland.”

Amazed at Eamonn’s audacity, Vicky asked: “Do you do Taytos?”

Eamonn admitted he does indeed “do Taytos”.

“That’s when you know you’ve made it! When you get foreign crisps,” Vicky responded, perhaps mistaking Tayto for a Tasmanian brand of savoury snack.

Unable to help himself Eamonn added: “I get special shipments.”

Eamonn Holmes and Ruth Langsford before she found out those deliveries were Tayto crisps, not things for the dog

These special shipments have been entering the Holmes/Langsford home surreptitiously; until now that is, for Eamonn has well and truly blown his cover.

Eamonn said that when the boxes arrive and Ruth queries the contents he tells her “I don’t know, it’s something for the dog, I have no idea, I’ll chuck it in the garage”.

That was bad enough but he sealed his fate with the words: “There’s a stash in the garage she doesn’t even know about.”

Well she does now Eamonn. There go those Saturday marathons of Tayto and westerns.

Vicky’s podcast is called The Secret To… and henceforth this two-parter with Eamonn will be known as The Secret To… Infuriating Your Wife because he went on to talk about something that had really annoyed Ruth the last time he talked about it.

Years ago Eamonn gave a magazine interview describing how welcoming he had found Ruth’s house in the early stages of their relationship.

“I said when I met her and I realised she kept an amazing home and she walked around in marigold gloves, the place smelt of Dettol and it was really, everything was gorgeous.

“... it’s amazing what she can do with those bedsheets. She’s like a nurse, they’re starched and everything’s incredible.”

And then Eamonn's interview went to print.

“It was published and she said 'I’ve seen that interview you did' and I said ‘yes’.

“I’m thinking she’s going to say 'it was so lovely, wasn’t it nice, you didn’t have to do that' and she hit me with the magazine,” Eamonn said, still sounding baffled all these years later.

Paris Hilton's child naming etiquette is second to none

ON OUR most recent visit to the Hilton – that’s right, to planet Paris Hilton – we learned that our favourite hotel heiress, Chihuahua aficionado, DJ and fingerless glove wearer had become engaged to her twin flame.

Now Paris has appraised us of her next plan, which is to “grow up and get married and have a kid – kids – and live a real life”.

Asked by those inquisitive types at Tatler magazine which name she favours for her first born, Paris said London because it’s her “favourite city in the world”.

Sleb Safari is all for this naming etiquette but has slight misgivings that London will spend his or her life wearily responding “yes, like London, England” to the point that it becomes their least favourite city in the world.

Greatest TV show in history? You took the words right out of...

PLEASE take a seat and allow Sleb Safari to introduce you to the greatest TV show on Earth.

It’s a “reality TV game show” and “relationship competition” that will be called I Would Do Anything for Love… But I Won’t Do That and you’ll have guessed already that Meat Loaf is involved.

How and ever, what makes it the greatest TV show on Earth is that, according to trade magazine Deadline, couples will “compete in a variety of comedic physical games designed to reveal how well they can work together, and how much they really trust and believe in each other” as Meat Loaf and other artists serenade them with ballads.

Sleb Safari is so ready for this and sincerely hopes the production company can afford Chicago’s fee. 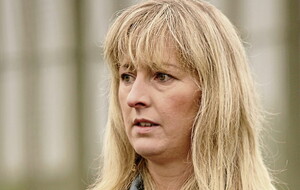