The Iranian supreme leader, Supreme Leader Ayatollah Ali Khamenei attends a meeting with a group of school teachers in Tehran, Iran, yesterday. US president Donald Trump said yesterday that the US would walk away from the international agreement with Iran, raising the prospect of a fall in supply from one of the world's largest oil exporters

LONDON'S blue-chip index was lifted by a rally in oil prices following confirmation that the US is to pull out of the Iran nuclear deal.

Donald Trump said yesterday that the US would walk away from the international agreement, raising the prospect of a fall in supply from one of the world's largest oil exporters.

Brent crude hit its highest level for nearly three-and-a-half years, rising by 1.67 per cent to US$77.200 per barrel.

Energy firms were among the biggest winners from Mr Trump's announcement, with BP and Royal Dutch Shell climbing by 3.9 per cent and 3.4 per cent respectively.

In UK stocks, Vodafone rose after it announced an €18.4 billion (£16.1bn) deal for a raft of Liberty Global assets across Europe.

The telecoms company said it had agreed to acquire operations in Germany, the Czech Republic, Hungary and Romania in a move that accelerates its "converged communications strategy".

Embattled doorstep lender Provident Financial said it is on the road to recovery after a torrid year of profit warnings and regulatory sanctions.

Provident, which sells high-cost credit through its Vanquis Bank, Moneybarn and consumer credit businesses, said its recovery plan was on track and it would meet its annual targets, boosting its shares by 8.35 per cent or 53.6p to 695.6p.

JD Wetherspoon blamed the timing of the early May bank holiday for hitting third-quarter sales, while bemoaning "significant cost increases" in the second half of the financial year.

Shares in bakery chain Greggs tumbled after it warned full-year profits could flat-line after taking a sales hit from the Beast from the East and slower spring trading.

The retailer, which has nearly 1,900 shops across the UK, saw like-for-like sales growth in company-managed outlets slow sharply to 1.3 per cent in the first 18 weeks of the year, down from 3.5 per cent a year earlier.

Burberry fell to the bottom of the FTSE 100 after Belgian billionaire Albert Frere sold his stake in the British brand.

Mr Frere, the richest man in Belgium, offloaded his 6.6 per cent holding in the fashion chain, which was held through his investment vehicle Groupe Bruxelles Lambert. Burberry's shares closed down 6& or 114.5p at 1,770p.

Surging popularity for cruise holidays has helped boost half-year earnings at travel giant Tui as families and young people take to the seas, but the company's shares took a hit, falling by 25.5p to 1,727.5p.

Chief executive Fritz Joussen hailed an "excellent" market outlook for cruises, which are becoming the trip of choice for younger holidaymakers as well.

Property developer St Modwen, meanwhile, is to sell off more than a quarter of its shopping centre portfolio, with the deals coming amid a prolonged retail slump.

The group said yesterday that it will dispose of two retail assets, the Longbridge Shopping Park in Birmingham and Wembley Central in London. 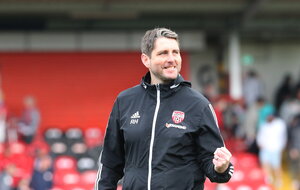