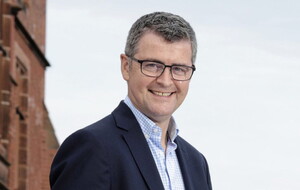 BELFAST tech unicorn Kainos has announced a 16 per cent rise in its half-year profits to £34 million.

The digital transformation specialist reported a 26 per cent rise in revenue for the six months ending September 30 2022.

Kainos added another 482 staff during the past six months, taking its global workforce to 2,920.

Against the backdrop of the Bank of England warning of the longest recession on record, and tech giants such as Facebook, Stripe and Twitter slashing their workforces, Kainos boss Brendan Mooney said demand for its services “has never been higher”.

The chief executive said the IT group’s business model is “becoming increasingly resilient”.

The London-listed IT firm opened on Monday with a market cap of £1.8 billion.

Speaking on Monday, Mr Mooney said: “As the digital transformation market enters its second decade, it continues to grow in importance for organisations operating in government, in healthcare and in the commercial sector.

“This importance is translating into continued demand for the work that we do for our customers, not just in the last six months but also looking to the future.

“Despite the economic uncertainty, there is an urgency from our customers about extending existing projects and starting new projects.”

He said Kainos is now working with 750 client organisations.

“Many of whom are international in scale and who operate across a range of industries including healthcare, public sector, banking, insurance, pharmaceuticals and education. From our UK base we have expanded globally, with over one-third of our revenues now generated internationally.

“Looking forward, we remain confident in our business as the demand for our services has never been higher, our reputation for delivery continues to flourish, while the scale and capability of our organisation continues to grow at pace.

“Underpinning that confidence is the quality and talents of our colleagues. Their expertise, experience and energy have been the driving force behind all that we have achieved. We share their excitement about the future – the journey is just starting.”

The results come just weeks after Kainos announced it will proceed with its new Belfast headquarters, which the company will self-finance to the tune of £27m to £30m.

The project on the Dublin Road is being down-sized however, with half the site of the former Movie House cinema being sold to Queen’s University for the development of student accommodation.

North's grocery market sales drop by 1.8 per cent in year to October 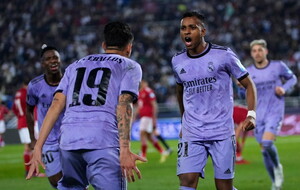