Brendan Mulgrew: Lineker has done us all a service in raising MPs' salary issue 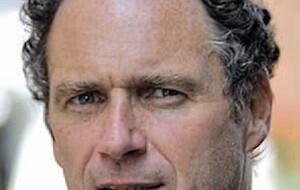 MANY years ago, in the pre-internet days, I used to subscribe to a Spurs fanzine called, without a huge deal of imagination, ‘The Spur’. This was the way football fans could get unofficial news from their favourite club alongside some biting but comical critical evaluation of players.

One image that for some unknown reason has stuck in my mind was a photo of journeyman midfielder Vinny Samways (you really won’t remember him) and a caption which read ‘pay me what I am worth’ and on the side of the image was a packet of peanuts being thrust in his direction. It was a cruel commentary on what fans saw as his true worth, and an appeal for the club owners to invest in new, better players. Some things never change.

This week the issue of how much we pay our politicians was back in the spotlight thanks to comments from a former Spur who definitely was worth more than a packet of peanuts, Gary Lineker. Speaking on Times Radio he was courageous enough to wonder out loud whether our MPs should actually be paid more, as a means of attracting more talented individuals into the profession and into the Government.

He said: “I’ve always thought that if we could kind of tempt the really brilliant minds in the country into the roles, rather than perhaps people that are already self made, or their family’s fortune we could entice the really, really great minds in the country.” He also acknowledged that the notion would never get passed by Parliament.

He does a service though in raising the issue. It would be of course be difficult to persuade the public that MPs are underpaid when a backbencher earns £84,000, not to mention office and travel expenses. But really there should be an honest conversation about how we attract and retain talented, committed, energetic politicians into running for election.

Too often, and especially in Northern Ireland, there is a rush to condemn all politicians over the actions, or inactions of a few. This was clear to see with the clamour surrounding the call that MLAs pay should be cut, or even scrapped altogether due to the Assembly not sitting since the election last May. The Secretary of State eventually obliged, and just before Christmas all 90 MLAs had their salary reduced by one third.

It was a popular move (that was clear on the phone in shows and online), but it is inherently unfair on those politicians who are courageous enough to put themselves forward for election and who are actively opposed to the DUP boycott of Stormont. MLAs from all parties are being seriously financially impacted by the actions of one party. The whole notion is probably open to a judicial review but of course no MLA would pursue that, for fear of the backlash of the electorate and the online brigade.

Many of the 2022 Stormont intake will have left jobs and careers in order to seek election, most of them putting public service first and actively pursuing an opportunity to represent people, shape policy and make a difference to those of us who live here. Indeed many of the newly elected MLAs are clearly bright, talented people and we are all being deprived the opportunity to see just how they would have performed in a newly installed Assembly and Executive. Having to put your track record up for voter scrutiny when seeking re election every five years is the opposite of job security, so I really do admire anyone with enough conviction to put their name on a ballot paper.

We have a tendency here to debase politics. It is understandable to a degree given how poorly the Assembly has performed when it is sitting and given that it has been in a state of collapse for almost 50 per cent of the time since the 1998 Agreement was signed. I also understand fully that some of our political representatives, too many of them in fact, undermine their own profession with expense scandals which frankly can only be called out as corrupt behaviour.

But even that is a reason to try to attract more and more fresh faces into the political infrastructure and we won’t do that by labelling them all as useless when they are clearly not and by decreasing their salary, impacting on their ability to pay their bills, feed families and pay mortgages. It is surely younger, newly elected politicians who are more likely to walk away from politics in the face of decreasing pay and continuing political stalemate.

Going back to an old job, or seeking out a new career away from politics is likely to appeal to an MLA currently kicking their heels in empty Stormont corridors. If that leaves us with the old guard who have been around for decades, well that hasn’t worked out too well so far.

MLA pay is set by an Independent Review Panel and they should be facilitated in just getting on with that job, unencumbered by politicians and immune to social media driven populism.

HMRC: Home sales in Northern Ireland down by 5,660 in a year