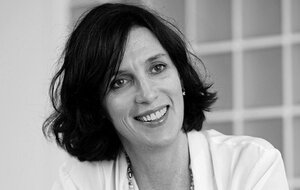 SOCIAL media, by its very nature, has had a profound impact in how news is reported and received – how the world’s latest headlines are sourced and shared – but none more so than Twitter.

In the 18 years since the SMS-inspired platform was first launched to the public under the short-lived name of ‘Twttr’, the microblogging site has fundamentally changed an industry forever chasing the next story, whether it’s a political crisis or on-the-ground reporting of a natural disaster.

With its curated 24-hour feeds and real-time commentary, Twitter fast became the world’s digital newsroom. And almost always the first place to turn to when a major event strikes.

As a social media platform, Twitter is centred on news in a way its competitors are not. Yet its future and the potential implications for journalism are shrouded in a cloud of uncertainty.

An uncertainty amplified in recent weeks by Elon Musk and his whirlwind acquisition of the company.

Since taking control, Musk’s ownership has lurched from one crisis to the next. Resignations and reinstations. Pie-in-the-sky features roll-outs, such as the now-delayed Twitter Blue, to very public U-turns with the potential to cause serious and lasting harm to employees past and present.

The ripple effects brought on by this change in leadership are still being felt. A recent Washington Post analysis of Twitter marketing data found more than 33 per cent of the platform’s top 100 marketers have not advertised on the social media network since mid-November.

A skittishness, it seems, that is reflective of a tangible sense of unease now looming over Twitter Towers. Not to mention the controversial 50 per cent cut in the company’s workforce, many of whom operated within content moderation.

All this at a particularly turbulent time in the world of tech. For an industry long associated with high Silicon Valley wages and practically unstoppable growth, 2022 has proven to be an incredibly difficult year.

Economic uncertainty and the post-lockdown retraction in time spent online has triggered a string of high-profile lay-offs across the board, from Netflix to Microsoft to PayPal. In September, parent company of Facebook and Instagram, Meta, laid off 11,000 staff in what was the first mass lay-off in the company’s history.

Facebook, Instagram and WhatsApp owner Meta's headquarters in Dublin, where last month the soical media giant confirmed it would lay off around 350 people.

Disruptive platforms and a slowdown in ad revenue are also to blame, with advertisers either not willing or simply not able to afford advertising space in the economic climate of today.

For Twitter, this has the potential to signal the start of a downward spiral. Or, at the very least, a seismic shift in how the platform makes money. With fewer staff and a dwindling number of advertisers on board, the company is limping towards what will be a defining calendar year.

It should be said, Twitter struggled to convert viral popularity into revenue long before Elon Musk entered the fray. With one tenth the userbase of Facebook, the blue realm of tweets and @mentions never muscled its way into the pantheon of billion-user audiences like Facebook or YouTube.

Yet Twitter, as a platform, has always had an outsized impact on the world around it.

Call it cultural cache or digital legacy, Twitter helped redraw the lines around media consumption and how it’s produced, the early SMS-inspired character limit giving rise to instantaneous reporting and a platform where citizen journalism came into its own in the internet age.

Its track record and cultural impact is undisputed. Its future? Not so much.

It’s not been helped by Elon Musk’s own confused vision of journalism on Twitter. The disastrous rollout of Twitter Blue, a $8 subscription-based service which Musk claimed would ‘democratise’ journalism and ‘empower the voice of the people’, resulted in a flood of fake accounts and impersonations ranging from sport stars to pharmaceutical companies.

Placing verification behind a paywall not only risks reputations, but it also buries content from Twitter’s more casual users.

Such an approach would surely obscure the streams of information sharing that are simultaneously live sources with the power to aide journalists during major events and one of the central reasons why Twitter became so important in the first place.

There are also the wider implications of full free speech, without any regulation, and what impact it may have for the prevalence of disinformation and abuse, with the Britain-based Centre for Countering Digital Hate reporting that hate speech on Twitter has risen substantially in the wake of Musk’s takeover.

It’s small wonder, then, that a number of journalists worldwide have announced their departure from the service entirely. With that in mind, and given recent turbulence, are we entering a Twitter twilight?

At the moment, there is no heir apparent to the Twitter throne. No text-based social platforms with the same userbase or resources to scale to the same heights.

The likes of Mastodon and Jack Dorsey’s soon-to-be-launched Bluesky have surged in popularity, but early signs indicate users are more likely to migrate towards the established pillars of LinkedIn and Facebook.

All told, 2023 will be a definitive year for Twitter and journalism on the platform. The pace of change is rapid, the consequences grand. And bizarrely, the best place to follow all the latest Twitter happenings is on the platform itself.

High Flyers: Noel's mantra is: 'If in doubt, choose change'