Tax Corner: Fundamental change on the way for assessing tax on business profits for self-employed 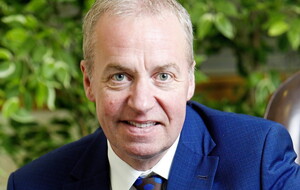 QUESTION: I have been self-employed for over 30 years. I prepare accounts to April 30 each year. With the end of 2022 approaching I understand that there will be changes to the way that I am taxed starting in 2023?

ANSWER: You are correct in that there will soon be a fundamental change to the way in which you are assessed for tax on your business profits.

This change involves moving from the ‘current year’ basis to a ‘tax year’ basis of assessment. This means that business profits will be calculated for the tax year rather than for your period of account – April 30 ending in the tax year.

The difficulty is moving self-employed people who do not have an April 5 (March 31) year end to this new basis of assessment.

There is inevitably going to be a tax year in which sole traders and partnerships will have to ‘catch up’ and therefore have more than one year’s profits taxed in one tax year.

This means that some 23 months of profits will be brought into charge for the single tax year. As this is likely to result in a significantly increased tax bill, thankfully the new rules allow the excess profit to be spread over a period of five tax years to lessen the cashflow impact.

You can however pay the tax on the extra profits in whatever way you choose over the five spreading years – including on the full amount in 2023/24 if you wish.

When a self-employed person starts their business, if they do not have a March 31 year end, they will be assessed to tax on some of the same profits twice.

These ‘overlap’ profits are deducted from the final years profits when the business ceases. If you were in business before 1996/97 (as you were), you would have a special form of overlap relief known as ‘transitional overlap relief’.

The new rules for 2023/24 permit you to offset these overlap profits against the amount of profit being assessed in 2023/24 and will therefore lessen the impact on the change in basis rules.

Indeed, with the UK now in recession, if a business was started back in the early 2000’s their overlap profits could be substantial and will be offset against what could be a poor period of recession trading.

This is likely to be confusing and cumbersome each year and you therefore may consider changing you accounting year end to March 31.

After the Christmas holidays you are in effect only three months away from the start of the tax year which will have 23 months profits assessed in a single year and you are already seven months into the year ended April 30 2023.

Important decisions like capital machinery acquisition and pension planning will need to be considered to determine the optimum period in which to invest to maximize your tax saving.

The one thing that you need to be aware of is that the current time lag between making a high profit and paying the tax on it will evaporate with a negative cashflow impact.

You should meet early in the new year with your accountant to look at the likely impact on your business cashflow of this fundamental change in the tax system for the self-employed.

Paddy Harty (p.harty@fpmaab.com) is partner at FPM Accountants Ltd (www.fpmaab.com). The advice in this column is specific to the facts surrounding the question posed. Neither the Irish News nor the contributors accept any liability for any direct or indirect loss arising from any reliance placed on replies.

Peter McGahan: What matters more at Christmas - presence or presents?

'Pension savers are losing £1.7bn, because they act without financial advice'

Tax Corner: Fundamental change on the way for assessing tax on business profits for self-employed