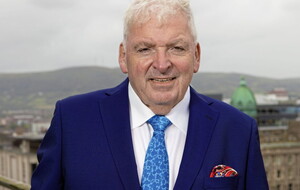 QUESTION: As a business owner which employs over 100 staff, I was concerned that there would be significant tax rises in last week's Autumn Statement. Can you explain what the key tax announcements that were made by Chancellor Jeremy Hunt?

ANSWER: Against the backdrop of recession and the highest monthly increase in inflation in the UK in over 40 years, the Chancellor's Autumn Statement focus was on bridging a gap of some £55 billion in public finances with a combination of tax rises (£25 billion) and public spending cuts (£30 billion). The freezing of some allowances until at least April 2028 combined with cuts in allowances for dividends and capital gains and a lowering of the 45 percent additional rate income tax threshold were the main personal taxes announcements.

This was the third major fiscal announcement by a Chancellor in the last two months and the Autumn Statement both confirmed some of the reversals of the previous Mini-Budget but also introduced a number of new measures to help support the economy and plug the gap in the public finances going forward.

As was widely reported before the Autumn Statement, a key part of the increase in the tax take over the next five years will be realised through “fiscal drag”. This is achieved by freezing key tax allowances and tax bands, such as the income tax basic rate band, national insurance thresholds, the VAT registration threshold and the inheritance tax allowance for a longer period of time until March 31 2028.

As a result of the increases in wages and inflation, this will therefore bring more people into taxation (or into higher rates of taxation) and therefore significantly increase the total tax collected by the Government.

Among the key tax announcements were:

• It was confirmed that the main rate of corporation tax will increase to 25 per cent for companies with profits over £250,000 will go ahead from 1 April 2023.

• Electric vehicles will no longer be exempt from vehicle excise duty as of April 2025.

• Cuts to stamp duty announced in the Mini Budget will remain in place until 31st March 2025.

• Major oil and gas companies will have their windfall tax hiked to 35 per cent from 25 per cent, and electricity generators will be subject to a 45 per cent energy profits levy.

• For over two thirds of properties, business rates will not increase at all next year. The chancellor claims that hundreds of thousands of pubs, restaurants, and smaller high-street shops will profit by £14 billion over five years.

Overall, the Chancellor explained that of the £55 billion required to repair the economy, half is financed from spending cuts, and the other half from tax increases.

The advice in this column is specific to the facts surrounding the question posed. Neither the Irish News nor the contributors accept any liability for any direct or indirect loss arising from any reliance placed on replies.