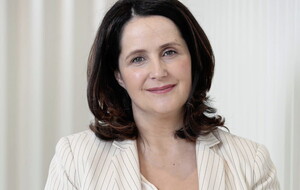 GOVERNMENT in Northern Ireland is the least trusted in the UK, exacerbated by political instability and the ongoing absence of an Executive.

And that's the view not just of the general public, but from leaders in the public sector and civil service here too.

They were responding to Deloitte’s annual State of the State report, which examines public attitudes towards government and public services.

The fieldwork for the study - which tested the views of 5,813 UK citizens including 445 from Northern Ireland - was done in early September, during the brief sojourn of Liz Truss as Prime Minister.

It found that people in Northern Ireland are among the most pessimistic in the UK about the outlook for the future, with four in five (81 per cent) expecting the cost of living crisis to get worse in the next few years and 69 per cent expecting the same of NHS waiting lists. The respective UK-wide percentages are 74 and 58.

And while the rest of the UK put climate change as their third priority, it came a lowly sixth in Northern Ireland. Instead, with public here saying they would prefer government to focus on social care, housing and mental health.

The long-term implications of the lack of an Executive on the delivery of public services also emerged as a top concern in interviews with public sector leaders, who warned that "bold choices" will be needed from the Executive if it does return – not least on health spending.

Without an Executive, no budget has been set and key officials highlighted the risk of spending controls being exceeded and noting that the absence of multi-year budgets is hampering strategic planning.

This ongoing situation led a number of respondents to raise the question of whether the model of government used in Northern Ireland should be reviewed and alternative structures actively considered.

Deloitte partner Marie Doyle said: “Citizens in Northern Ireland, like those across the rest of the UK, remain concerned about the biggest issues facing society – NHS waiting lists, the cost of living crisis and deficiencies in the social care sector.Faced with these challenges, and the continued absence of a sitting Northern Ireland Executive, the delivery of essential public services is under pressure.

“Our survey found that public sector leaders are understandably concerned about the effect of inflation on budgets and the hardships facing households.

“Having operated public services without a functioning Executive for long periods, questions were raised by some senior public sector representatives about whether the current model of government in Northern Ireland needs fundamental rethinking, with some believing we are reaching the point where it should be re-examined.”

She added: “Northern Ireland’s public sector leaders do still have compelling visions for the future. Many in central government want to see a more connected, innovative, agile, responsive and representative civil service that is able to deliver quality public services.

“Several said they would like to see more collaboration between government, private and community and voluntary sectors to deliver on key priorities.”

Fountain House back on the Belfast rental market after Primark exit