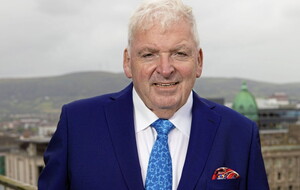 QUESTION: I run a small limited company with 25 employees and I was very happy to hear that my company’s tax profits were to remain taxed at 19 per cent and basic rate income tax was to reduce by 1 per cent to 19 per cent. These measures were very important for my business, which faces into a challenging winter with rising energy costs and material prices. It has now been announced that these changes will be reversed. What has caused this change by the government?

ANSWER: Four weeks ago, then-chancellor Kwasi Kwarteng unveiled his tax-cutting mini-budget which caused economic turmoil in the UK. It was downgraded to a mini-budget when the government decided not to ask the independent Office for Budget Responsibility (OBR) to mark its homework, or set out a new economic outlook.

The market fallout from this disastrous decision means that the chancellor has been sacked and close to half of the tax cuts announced in the mini-budget have been shelved. Mr Kwarteng announced huge subsidies to energy prices and sweeping unfunded tax cuts, prompting turmoil in the financial markets. Investors were alarmed that there was no independent assessment of the impact on the economy and no explanation of how the package would be paid for.

His successor Jeremy Hunt has implemented a new strategy which he hopes will put the government's finances on a sounder footing by reversing many of Mr Kwarteng's announcements. He said savings of £32 billion would be made by 2026-27 by:

• Keeping plans to raise corporation tax to 25 per cent;

• Keeping the basic rate of income tax at 20p, rather than cutting it to 19p next year;

• Keeping a planned increase to the tax on dividends;

• Cancelling a plan to offer tax-free shopping to tourists;

• Allowing alcohol duties to rise instead of being frozen.

Mr Hunt also announced that support for every household's energy bills, which will cost an estimated £60bn over this winter, will remain in place until April, but after that the scheme will be reviewed, to see if cost savings can be made.

Two other measures announced by Mr Kwarteng will remain:

• Taking National Insurance back to the level it was earlier this year, before a levy was added to fund health and social care

• A reduction in stamp duty - the tax paid when selling a property - which have already been applied.

The government's stated aim is to not be spending any more than it is receiving in tax receipts by the 2026-27 tax year, in order to keep the overall burden of debt at current levels.

We look forward to what Mr Hunt has to say on October 31 when he delivers the government’s medium term fiscal plan. His central task is to demonstrate credibly that the government is committed to getting debt falling in the medium-term.

It’s hard to see significant further cuts to public services, or cuts to the incomes of families on Universal Credit, getting through Parliament. So we are more like to see cuts to public investment – on infrastructure, transport and net zero.

That may be the least politically painful way to make the sums add up in a week’s time. But it would also be the most-growth sapping.

Feargal McCormack (f.mccormack@fpmaab.com) is partner at FPM Accountants (www.fpmaab.com). The advice in this column is specific to the facts surrounding the question posed. Neither the Irish News nor the contributors accept any liability for any direct or indirect loss arising from any reliance placed on replies