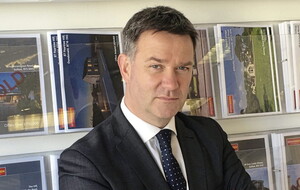 THE pace of house price inflation in Northern Ireland is easing amid lower demand, a new market survey suggests.

The latest residential market survey from the Royal Institution of Chartered Surveyors (Rics) and Ulster Bank indicated prices continued to rise over the third quarter of 2022.

But the September survey detected that the pace of price growth slowed for the fourth month running.

Based on the feedback from property market professionals, the report indicates a majority of Northern Ireland respondents believe prices will continue to rise in the next three months.

Rics said it left the north as the only region of the UK where respondents on balance expect prices to increase in the final quarter of 2022.

Yet the survey showed a continued pattern of easing demand in Northern Ireland, with September the third month running where property professionals reported falling enquiries from potential new buyers.

Rics said new instructions to sell fell flat in September, with anecdotal evidence suggesting some potential vendors have held off listing their properties for sale due to economic uncertainty.

It comes as home buyers face up to higher mortgage interest rates.

UK financial industry monitor Moneyfacts reported the average two-year fixed mortgage increased to 6.46 per cent on Wednesday, approaching three times the 2.25 per cent rate from a year ago.

Samuel Dickey, the Rics residential property spokesman in the north, said: “Northern Ireland is seeing some easing in enquiries and demand from extremely high levels earlier in the year.

“However, surveyors are continuing to report anecdotally that in many areas demand is still greater than supply.

“Whilst the market is clearly in a different place than it was earlier in the year when demand was extremely high, we would expect the lack of supply to continue to be a significant factor in the market for the foreseeable.

“This perhaps explains why surveyors on balance expect price growth over the coming 12 months.”

Terry Robb at Ulster Bank, added: “The easing in house price growth and the reduction in demand from potential buyers is unsurprising given the current climate.

"With the sharp increases in energy bills and the rising cost of living more generally many consumers are focusing on making their own homes more energy efficient."

Hack The Hub to focus on fintech challenges this weekend