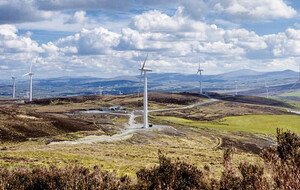 THE owner of the Kilroot and Ballylumford power stations has blamed surges in commodity prices after posting a pre-tax loss of £225 million.

Energeticky a Prumyslovy Holding's UK subsidiary EP UK Investments (EPUKI), paid US firm AES £163m for a series of its assets in 2019, including both Northern Ireland power stations.

It also owns three power stations in England and has an 80 per cent stake in the Tynagh power plant in Galway.

In a report filed with Companies House, EPUKI’s directors said the massive losses were “largely driven by a net mark to market loss of £210.6m on forward hedges of power, gas and carbon allowances”.

They said this was “due to significant increases in commodity prices at the year end and is expected to unwind in 2022”.

Last week a report from grid operator SONI warned Northern Ireland could face electricity blackouts in 2024 and 2025 due to limits on Kilroot’s operating hours.

The coal-fired station is due to be converted to gas by 2026 in line with new UK government environmental regulations restricting the use of coal.

EPUKI said it was engaging with the regulatory authorities to ensure the security of supply issues raised by SONI.

Meanwhile renewable energy generators in the north could have their revenues capped under proposals by the UK Government.

The move is in response to the current pricing system whereby the most expensive form of energy generation sets the price for all generators.

Last week it emerged that THE Belfast-based wind farm subsidiary of energy giant SSE earned more than £100 million in profit for the year to March 2022.

New legislation for England and Wales, introducing a temporary revenue cap, is due to introduced in the House of Commons this week, and could potentially become law in early 2023.

The Department for Business, Energy and Industrial Strategy (BEIS) in London has said the new rules will also allow for “a temporary revenue limit to apply in Northern Ireland”.

The north is currently part of the all-island single electricity market.

EU energy ministers agreed on September 30 to limit revenues from wind, solar and nuclear power generators from December until the end of June.

The revenue cap is expected to raise around €117 billion, which will be used to reduce consumer bills this winter.

Reacting to the UK Government’s plans SSE said: “Any revenue cap must be set at a level that doesn’t discourage essential investment in the UK’s renewable energy sector.”

Hack The Hub to focus on fintech challenges this weekend