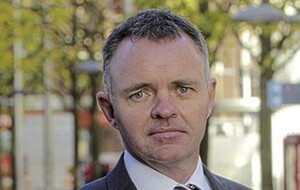 IN the last two weeks the pace of change in our economic environment has been astounding. It has been hard to keep up with the myriad of new economic policies that the new Conservative Government have proposed. Their principal aim it would appear is to cut taxes to promote economic growth, a policy which looks clearly at odds with the Bank of England's task of curbing inflation by increasing the bank base rate.

Much of our current predicament can be linked to the war in Ukraine and its effect on energy prices, however, there were serious concerns regarding inflation that predated the outbreak of the conflict.

As a result of the shutdown of many industries during the pandemic there were considerable production bottlenecks as supply desperately tried to catch up with resurgent demand. The imbalance in the supply and demand dynamic has had the effect of driving up prices with all sectors of the economy being affected, not least of all the cost of construction materials and labour.

To heap the pressure on, the value of sterling has fallen to a record low against the Dollar and the International Monetary Fund are monitoring developments in the UK after the Chancellor, Kwasi Kwarteng's, mini budget.

Financial markets have also reacted strongly to the proposed tax cuts and the Bank of England has had to intervene by buying bonds to calm concerns and went as far as issuing a statement saying that it would not hesitate to change interest rates by as much as needed to return inflation to the 2 per cent target. The Bank of England has already indicated that we are entering a period of recession.What is unknown is how deep it will be and how long will it last.

What does all this mean for commercial property? Historically real estate has been a good inflation hedge as rents can be increased during a period of recession, given that the supply of new property will be severely constrained. In general the view is that current market conditions will hurt risky assets and that there will be a flight to quality.

In retail the flight to quality will mean that demand is likely to be strongest for convenience backed retail assets. For industrial/logistics, it is likely that demand will be driven to larger assets where economies of scale make the operations of occupiers more efficient. For offices, corporate occupiers will be aiming to relocate to best-in-class properties so that they can offer an environment that will attract the quality staff and encourage a return to the office.

To finish on a note of optimism, the London School of Economics and the Resolution Foundation think-tank have found that Northern Ireland will experience the smallest level of economic decline compared to any region in the UK as a result of the Protocol.

Despite a reluctance by those opposed to the Protocol to accept its benefits, the Brexit decline in economic activity which has been experienced across the remainder of the UK, has been largely averted in Northern Ireland.

If the new Conservative government adopt a different approach to the Protocol and its discussion with Europe, Northern Ireland may well avoid some of the potential downsides of the imminent recession.