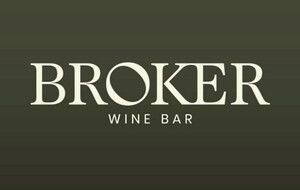 A CO Down businessman is bucking the recent trend in the hospitality industry by opening a new restaurant in east Belfast, creating 15 jobs.

Newtownards barber Peter McCloskey will open ‘Broker’ in the Ballyhackamore area of the city in the next two weeks.

Best known for his Peter Oliver chain of barbershops, the Co Down entrepreneur ventured into hospitality seven years ago with a coffee shop on the Belmont Road in the east of the city.

Oliver’s Coffee is now very much a family affair.

“It’s doing very well. My wife, my daughter and son came in to run it recently. It’s become a wee hub. We have a great clientele and we’re really greatly for the support we have.”

Now the Co Down man is doubling down on his Ballyhackamore investment with Broker, a nod to Abbey Autoline, one of the former tenants of the units he has acquired.

While acknowledging the extremely challenging business conditions, Peter believes Broker will be a good addition to the area.

“Ballyhackamore is good area, a very affluent area and it’s on the Glider route.”

Adjacent to Oliver’s, he said: “It will have a separate identity, separate team, style and menu.

“We’re going to do brunch during the week, and four nights a week, it’ll be small plates, good wine and cocktails.

“We have a couple of really good chefs coming on board, and good bar staff.

“I think the longer you are in business and have a decent reputation, people will go to you."

Brett Martin given green light for £5.8m expansion at of Mallusk operation