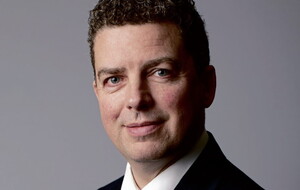 DURING World Electric Vehicle Day earlier this month, it was reported that more people than ever are now driving or are considering driving an electric car.

Results published from a recent poll carried out on behalf of the FASTER project* has revealed that 55 per cent of motorists surveyed who live in Northern Ireland are likely to choose a battery electric vehicle when purchasing their next car.

The project aims to provide more charging points in Northern Ireland and remove barriers to EV ownership as the ‘charge’ to electric car ownership gathers pace ahead of the ban on the sale of new petrol and diesel cars which comes into force in 2030 in the UK.

Traditionally, electric cars have been more expensive to insure than petrol or diesel models because of the specialised nature of the repairs needed. However, the increasing popularity can contribute to reducing the cost of insuring electric cars.

Insurers now have more knowledge on the cost of repairs and there is an increasing number of mechanics qualified to work on electric cars.

It’s worth noting that repairs to EVs can sometimes take longer, especially against the current backdrop of the conflict in Ukraine and the pandemic which has impacted the manufacturing of some component parts.

Financially, electric cars are exempt from road tax and customers in Northern Ireland can charge their car for free at over 300 charging points across the country.

It’s important to check your policy contains everything you need to insure an electric car. The cheapest policy may not be the best.

Furthermore, motoring experts have warned of a significant spike in thefts of EV charging cables across the UK, which could lead to stiff costs to replace them. It is wise to consider cover for your charging cables in the event of loss, theft or damage while you’re on the road.

You might also want to consider legal liability insurance, for example, if you usually charge your car on a street, the cable could be a trip hazard.

As electric car insurance is still a relatively new concept, it is vital that you tell your insurer as much detail as possible to ensure you have the right level of cover. For example, some manufacturers allow you to purchase the car but lease the battery as a monthly payment and they may require the battery to be insured.

On top of this, some insurers even offer perks for drivers insuring electric cars which could be a discount on your premium or a donation to an environmental charity on your behalf.

These benefits might not be immediately apparent when you’re looking for quotes, but if you have just bought an electric car or are considering making the change, our team can help tailor policies to suit your driving needs.