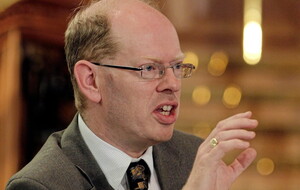 NORTHERN Ireland homeowners with tracker mortgages are in line for another financial hit as the Bank of England announced it will hike interest rates to their highest in more than 13 years.

The 0.5 per cent rise, which takes UK interest rates to 2.25 per cent, was a more modest increase than some analysts had forecast.

It nevertheless represents a major tightening of monetary policy, with the Bank's Monetary Policy Committee (MPC) outlining its belief that the UK economy is already in recession.

The UK's central bank had previously projected the economy would grow in the current financial quarter but said it now believes Gross Domestic Product (GDP) will fall 0.1 per cent.

It comes after a reported 0.2 per cent fall in GDP in the second quarter and would mean the economy is currently in recession.

The most recent official data shows economic activity in Northern Ireland has grown at a faster rate than the UK over the past three years.

But economic output in the north appears to be lagging behind the UK in 2022, with a number of reports suggesting the inflation crisis is hitting harder here.

Ulster University economist Esmond Birnie said mortgage holders in Northern Ireland on variable or tracker mortgages will feel the hit from the latest interest rate hike, with the typical homeowner left to find an extra £30 a month.

It's estimated one-in-three householder borrowers here fall into that category, but the majority on fixed rates face a jump in monthly payments when their fixed terms come to an end.

The economist said the UK Government will also have to pay billions more in interest on the massive public debt.

But against the backdrop of a surging dollar, Mr Birnie said the Bank of England's move could help prop sterling up against overseas currencies, which could limit further rises in oil prices, given crude oil is priced in the US dollar.

“The Bank's rates decision is an important sign to the rest of us that they are taking inflation seriously,” said the economist.

“That should help to shape expectations we form as to the future level of inflation in the UK. This is because the higher rates place a squeeze on businesses to try to control and limit very high wage increases.

“As is likely to be confirmed on Friday, the Truss government is about to implement a massive loosing of its purse strings.

"Government spending on energy price guarantees for households and businesses, a possible cutting of stamp duty alongside the reversal of the National Insurance and corporation tax rises together imply a massive increase in government borrowing.

“This creates an inflationary threat and requires the Bank to put even more pressure on interest rates."