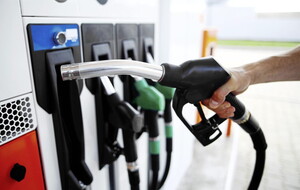 A drop in the price of road fuel contributed to a slight dip in inflation last month.

THE living standards of workers are still being hit by the cost-of-living crisis, unions have warned, with little sign that the latest inflation figures will halt the threat of growing industrial unrest in the coming months.

The Office for National Statistics (ONS) said UK Consumer Prices Index inflation reached 9.9 per cent in the year to August, down from 10.1 per cent the previous month.

But union leaders have pointed to the RPI rate of inflation, which was unchanged at 12.3 per cent in August, and is still being quoted by unions as an example of how prices are soaring.

The ONS said a 6.8 per cent drop in road fuel last month, the biggest drop since the first Covid-19 lockdown, put some downward pressure on the headline rate of CPI inflation.

But a detailed breakdown has revealed how the prices of many basic food products has soared over the previous 12 months.

Low-fat milk is 40 per cent up over the year, while the price of butter has increased by almost 30 per cent.

While road fuel has eased in recent weeks, energy continued to account for the most significant upward pressure on inflation.

The CPI indicated gas was up 95.7 per cent over the year, with liquid fuels (86.2 per cent), electricity (54 per cent) and solid fuels (29.8 per cent) all significantly up over the same period.

A report published by PwC last week found inflationary pressure is having a more severe impact in Northern Ireland, compared with other parts of the UK.

It said households in the north spend a greater proportion of their income on things like heating oil, electricity, food and road fuel, making them more vulnerable to rapid price changes.

PwC concluded that inflation will leave the average worker in Northern Ireland £2,000 worse off this year.

"This is now a crisis of income. Only the rich and powerful are protected. It's time for the rest of us to organise into trade unions and take back our share of the corporate profits we create."

TUC general secretary Frances O'Grady said: "Inflation is still very high and hitting family budgets hard. The Chancellor's mini budget next week should use the power of Government to help with surging costs this winter.

"He should fund a proper cost-of-living increase for public sector workers. He should bring forward an immediate increase to the minimum wage this autumn, and he should boost universal credit now, instead of waiting until April for the next rise."

The Resolution Foundation said the cost-of-living gap between high and low income households has increased, with the poorest tenth of households experiencing an average inflation rate of 10.6%, compared to 9% for the richest tenth.

"However, high inflation is set to be with us for some time, particularly for (people on) low income who continue to be hit hardest by high prices," he said.