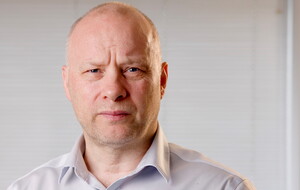 THE north's labour market is continuing to hold up, with continued record levels of payrolled employees, earnings and employee jobs.

Some 778,000 people were in work in August, an increase of 0.2 per cent compared to July, HMRC figures show.

Allied to that, the claimant count - or the number of people out of work - was 35,600, which is 3.8 per cent of the workforce and was unchanged from the previous month’s figure.

The claimant count estimate was unchanged over the month to August, which follows a consistent period of decreases between March 2021 and July 2022. The rate remains above the pre-pandemic count in March 2020 by 19.4 per cent.

The trend of low numbers of redundancies also continues, with the 1,080 confirmed and 1,220 proposed lay-offs being the lowest since 2000.

But according leading economist Richard Ramsey from Ulster Bank, the north is "approaching last orders for record highs on employment."

He tweeted: "Once the central heating goes, on the labour market will soon go off the boil."

It comes as UK inflation jumped to a fresh 40-year high of 10.1 per cent in July as energy and food bills sent living costs racing higher, and wages are still unlikely to keep pace with rising costs.

Indeed median earnings in the north have increased by 13.8 per cent since the onset of the pandemic in March 2020, but other indicators of labour market show a recovery to pre-pandemic levels hasn’t occurred (self-employment and total hours worked are still down).

In the UK as a whole, the unemployment rate hit its lowest level since 1974, but the number of workers dropping out of the jobs market also jumped higher.

The Office for National Statistics (ONS) said the unemployment rate fell to 3.6 per cent in the three months to July (most economists had been expecting the rate to hold steady at 3.8 per cent).

But the figures showed that the so-called economic inactivity rate rose to 21.7 per cent - its highest level for more than five years.

In Northern Ireland, that same inactivity rate increased over both the quarter and the year to 28.2 per cent.