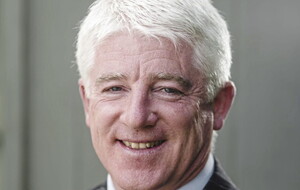 WHAT might the elevation of Liz Truss to Prime Minister this mean to your pockets?

Before I start, please don’t read what you think my politics are. You’ll be wrong. I focus on the values of fairness, kindness, fierce independence and honesty. If a government or financial institution is on the wrong side of that, I exercise my total Independence to comment and guide, as I’m sure you have seen.

I’m sure everyone will have seen how Liz Truss has hopped between different extreme stances (Remain, Brexit, left, centrist and right). This is important, as overseas markets study her movements. As the UK has a significant current account deficit in that it imports more than it exports, so international investors are essential to keep the books balanced.

Any plans will be scrutinised, and, with a weakened currency, inflation comes further under pressure. The day after the UK election in 2019, £100 would buy over €120. In all but one day over the last 2.5 years, sterling has remained below that, and today, that will buy just £115.

That is significant as the EU has been one of the biggest importers into the UK and every drop in the currency is directly reflected in the cost of goods (inflation). The more sterling comes under pressure, the greater the pressure on rates to rise, driving up the cost of government debt, causing increases in our borrowing costs, as well as increased holiday costs through a weak currency.

The UK government borrowing more money isn’t being supported by markets as seen by sterling and bond market responses, particularly as the office for budget responsibility has stated the country can’t really afford extra spending.

Of most significance here is the relationship between the UK and its key trading partners, but Liz Truss’s foreign policy comments seem aligned to a peculiar strategy. Given everything I’ve said so far, she has stated she will take a hard line on all foreign powers from Beijing to the EU, potentially pushing a trade war from potentially one of the weakest economic positions the UK has ever been. Its economics are pretty dire. She is a supporter of rewriting the Northern Ireland protocol which, as well as rubbing up the EU, will not go down well in the USA. These are the three key trading partners. Her focus should be about building relationships with the international investors.

Let’s not forget that most of the larger firms in London derive their income from abroad. Why is that important? Simply because a weakened sterling supports their profits as they repatriate their earnings back into the UK with a bonus, so every one per cent fall in the currency is a one per cent increase in their turnover. Many of these are energy companies who really need extra profits of course!

Think about this: four per cent of lobbyists are covered by the UK’s register and 8/10 of the most frequent lobbyists are from the large FTSE companies. In the meantime, lobbyists quietly run parliamentary groups on energy and climate policy, with the UK petroleum industry association playing a key role in the All Parliamentary Group. It’s starting to make sense why more than 500 lobbyists, with key links to oil and gas, attended COP26.

Today, we should be looking to move away from dirty fuels and our dependency on externals such as the cartel Opec. Last week, Opec cut oil production in order to prop up the oil price - in an energy crisis!

Meanwhile Liz Truss has supported a move away from UK self-dependence and renewable energy.

All of this is while cutting corporation tax. While tax receipts have risen as rates are low, much of that currently is due to corporations holding back cash and building it up because they do not know where to invest given these crossroads, nor do they know how much they will need to cashflow this current scenario.

For the man on the street or close to it, a five per cent VAT cut is useful and worth £1,300 per household. Immediate, but ‘non specific’ support (£100 billion) for unaffordable bills is welcomed.

As for national insurance. Whatever. It will benefit top earners by £1,800 and lower earners by £7. It’s a non-starter.

My real interest is in the handling of social support to fix the benefit system which discourages claimants from going back to work, which will take a massive strain off wage inflation.

Financial planning beyond the grave