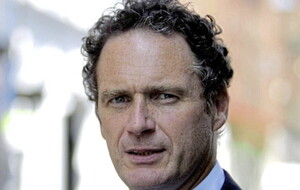 THE news last week that Patisserie Valerie and Cookie Box food outlets have closed, with no notice at all, is a grim portent of the autumn and winter to come.

We were fortunate here this summer. There were plenty of hot days and long nights to take minds off the impending and increasing crises around the cost of living. But with the arrival of September, accompanied by more energy price hikes and rising inflation, a grim reality has set in.

Unfortunately the two cafes mentioned above will not be the last businesses to close. For many business owners, the stress of increased costs, staff shortages and a lack of political intervention leads to the conclusion that handing back the keys of the shop to the landlord is the least problematic way to deal with the crisis. That’s bad news for the employees, the customers and the wider economy.

The future of the high street retail outlets was already in question long before the current energy price spike and even before Covid cleared the streets in 2020. Online shopping, a lack of city living and changing social culture all meant that the old notion of the high street was already changing and business owners had to evolve to survive. The added pressures now piled have proven too much for too many.

What can be done? In normal times businesses look to their Government(s) for help. During Covid the UK Treasury delivered, so too did the Northern Ireland Executive, where it held the political authority to do so. The furlough scheme, rates relief, grants and loans all helped to buffer SMEs from the pressures of the pandemic.

Now it is a much different scenario. The Conservative party has delivered us a Prime Minister in whom very few people have any faith and our own Executive is off the playing field following the DUP casual abandonment of its political responsibility. I’m usually an optimistic kind of person, but the political situation we are facing is dire, utterly and completely.

There are steps which could be taken, if the political will was there. The £400 assistance with energy costs which will begin to be rolled out in England, Scotland and Wales next month has featured heavily in our political discourse in the last week. Whether and how it would be dispersed in Northern Ireland led to the formation of, wait for it . . . a task force.

While there was some sign that households here would receive the energy discount eventually, it is not clear when that will take place. It could be November (DUP) or it could be some time next year (SF). Meanwhile there remains around £400 million unspent by Stormont, which, if an Executive was in place, could be used to ease pressures on households and businesses.

Where is the task force to examine how to release that money? Yes, the DUP are standing alone in preventing the formation of an Executive but are we not entitled to expect that our political leaders set aside whatever manufactured disagreements they have on the protocol and work together to identify and pursue initiatives which can help people here? When was the last time Michelle O’Neill and Jeffrey Donaldson spoke as one on the cost of living crisis? I don’t think it has ever happened.

Liz Truss is now the Prime Minister of the UK. Its scarcely believable that following the disastrous premierships of David Cameron, Theresa May and Johnson, that the Conservative party have managed to scrape the barrel one more time and deliver another leader/PM who seems incapable of serious thought, has principles which she is willing to trade quite casually as a means of gaining power and who is absolutely blinkered when it comes to the Protocol and the damage being inflicted on the economy by a Brexit which she campaigned against and now champions. How depressing.

An Taoiseach Micheál Martin, a proper and serious politician, expressed some optimism at the weekend just past that the installation of a new UK Prime Minister may open a window of opportunity to deal with the Protocol issues through diplomacy and discussion. Here’s hoping Micheál, but no one is holding their breath.

An important report from the Pivotal think tank, published last month, highlights the damage being done to democracy by the failure to establish an Executive. Although the powers of our Assembly and Executive are limited, and the track record of delivery over two decades is very poor, there is no doubt that we would be better served by a functioning Executive than the current stalemate.

The DUP have secured movement by the UK Government on the Protocol, as they said they required before going back into Stormont. Given the progress of that legislation they would not be backing down on pre election pledges by agreeing to re establish the Executive. They are actively choosing to not do so, despite the pressures faced by people across Northern Ireland. It is an incredible situation.

It is often said that SMEs are the backbone of the Northern Ireland economy. As they face pressure after pressure it really is time the backbone moved to centre stage and received support to which they are entitled. Too much is at stake.