Mortgage costs are 185 per cent higher than last year 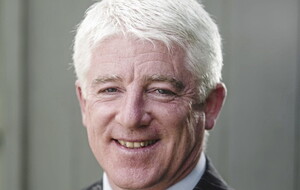 SO what did the Romans ever do for us? Banning lending rates over 12 per cent was one not mentioned by Monty Python, but they did do it.

Much has been said about what the current rates for mortgages are compared to the past. When mortgage rates hit 14.9 per cent, house prices in south east England fell 36 per cent.

Comparisons then talk about the Bank of England’s average rate over 328 years at over double the 2.5 per cent Bank rate predicted for 2023. 328 years! Really? That’s like comparing how two football teams have performed against each other over their last 30 meetings which could be over 40 years. Meaningless comparisons. The current team mightn’t even have had teeth back then and the earliest team probably don’t now.

Topping many comparisons is the ‘borrowing to GDP’ ratio. Comparing your borrowing to an economy (gross domestic product – GDP) has no real significance/meaning. Total borrowing matters, because rate increases will mean this will have to be repaid at a higher amount. All I care about is the monthly cost of my mortgage.

In 2002, the house price to earnings ratio sat at 5. House price to earnings is the multiple of earnings, so if earnings are £40,000, the average price would have been £200,000. Today the average price sits at 7.8 times earnings - the highest ratio since records began in 1983. In England, the ratio is 74 per cent higher at 8.7 times disposable income. If there is a bubble, that’s it. Bubbles don’t always pop though.

For me, that ratio is a better idea of affordability and sustainability of a house price.

Other key factors that will impact the housing market and an inevitable slowdown, if not a fall next year, are the cost of servicing loans.

Energy bills are forecasted to hit over £4,400 next year which are more than triple the level at the start of this year. These increased costs are taken into account on affordability testing and they amount to nearly £250 per month.

Aside from these costs will be the need to upgrade homes to reduce the dependency on the dirty fuels of those energy companies with their hands in their pockets.

Further serious pressures will begin to arise now with over 1.3 million mortgages coming out of fixed rates over the remaining part of this year. Next year a further 1.8 million mortgages will fall out of a fixed rate. The average two-year fixed rate mortgage sits at a nine-year high, and those coming out of flexible deals at around one per cent are in for a shock with the best rates available for a two-year deal at 3.24 per cent. The average is closer to four per cent.

The average rate for a mortgage with a loan to value of 75 per cent was 1.23 per cent last year. Last month, as a comparison, it was 3.51 per cent which is a 185 per cent increase in cost.

In the UK, the average length term of fixed rate mortgages is low compared to other countries leaving them open to fluctuations.

Meanwhile, the demand for city living has returned. Those who purchased second homes to get away from the confined space during a pandemic didn’t all do so with cash. City life is in their blood, and having raised capital against one home for a deposit on another in the spacious countryside, they are now seeing rates shoot up. Realising that life in the country is not quite the same as they might have thought, the extra debt may be released by selling the extra property at what would definitely be a gain for the early sellers.

That tide hasn’t quite turned yet as we can see that London asking prices are down 3.5 per cent alone.

A property is still a good hedge against inflation, so it’s not an Armageddon scenario as there will always be that demand to support the market.

In this column over the last few years, however, I made many mentions about advice on fixing mortgages. I have spoken to plenty of readers who were just told to ‘get the cheapest rate’ and not fix for longer where that rate was higher.

Now, more than ever, take the time to get that advice as those who didn’t reach out for it will be paying very dearly today.

Mortgage costs are 185 per cent higher than last year