Functioning Stormont essential for help with energy bills this winter 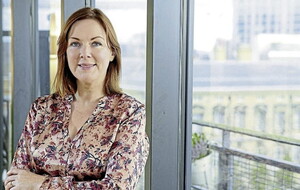 TS Eliot wrote in his masterpiece The Waste Land that ‘April is the cruellest month'.

Well, it turns out August hasn't been much better. With the colder months approaching, increasing energy prices are already sending a shiver through many households across Northern Ireland.

Communities here remain among the least well-equipped to deal with the soaring energy prices rises, which are concerning households and businesses alike.

Meanwhile, the spectacle in Westminster continues, with a leadership contest straddling the summer – without presenting any solutions to the worsening economic crisis unfolding across the UK.

The contest reached these shores earlier this month, with both candidates largely singing from the same hymn sheet when it came to defending the Northern Ireland Protocol. Days later, the Northern Ireland Brexit Business Working Group (NIBBWG) – a collaboration of 14 industry bodies – met to discuss the Protocol and its impact on business and consumers.

Businesses are crystal clear about what good looks like: all politicians redoubling their efforts to resolve their differences and seek compromises.

As a priority, any agreed outcome must protect GB-NI consumer facing supply chains, and tackle the disproportionate burden placed on goods that are not at any material risk of entering the EU single market.

As has been well-documented elsewhere, EU inflexibility and UK unilateralism are significant blocks in building a mutual relationship of trust and agreeing solutions. The bottom line is that landing zones exist, and all parties should be encouraged in that direction. Industry has spoken at length about the technical fixes available, and the involvement of industry will ensure solutions are implementable on the ground and will work for all sectors.

Let's consider for a moment what the alternative looks like. If the UK proceeds unilaterally with the Northern Ireland Protocol Bill, ushering in an all-encompassing dual regulatory regime, it will create a smorgasbord of reputational, legal and commercial risks for many local businesses.

Northern Ireland has been a top performing region in exporting goods since EU exit, but that is now being put at risk. This simply isn't good enough at a time when our communities still are not properly democratically represented. It's high time we began to put economics first and politics second.

The businesses I speak with week-in, week-out, crave a positive outcome. They know that investment will flow more freely once uncertainty dissipates. That's why they are seeking urgent action from the UK and EU to return to meaningful talks that can unlock the impasse.

On the domestic front, there's plenty to be getting on with. The lack of a functioning Executive has resulted in no agreed Programme for Government and no long-term budget. This is negatively impacting on the agreement and implementation of key strategies around infrastructure investment, skills, energy and green growth, which are all vital to growing and supporting NI business.

Turning to energy, it's clear how the absence of a viable Executive is particularly destabilising and complex for NI citizens and businesses given the complexities of the all-island energy market.

Last week the CBI set out a range of measures for the UK Government to consider, which will help both households and businesses reeling with soaring energy costs. These include introducing targeted interventions for the most vulnerable via existing mechanisms like the Energy Bills Support Scheme, freezing business rates and getting going with energy efficiency measures – by providing people with upfront financial support to help retrofit household insulation.

Yet if and when a newly formed UK Government does act, anything announced in Westminster will likely be much delayed before it reaches people and firms in NI.

There are also longer-term policy implications too, as without an Executive it's impossible to agree the steps necessary to enhance energy security – for example by diversifying supply and bolstering energy efficiency.

Rising costs will consequently impact competitiveness, investment and therefore people's living standards longer term. That is unsustainable, untenable and above all extremely undesirable.

The impact of soaring energy prices on households is going to have serious consequences, not just for individuals but for the wider economy. While helping struggling consumers remains the number one priority, we can't afford to lose sight of the fact that many viable businesses are under pressure and could easily tip into distress without support.

The guiding principles for any intervention must be to act at speed; targeting help at consumers and firms most in need.

Firms aren't seeking a handout. But they do need a functioning devolved government gripping the energy cost crisis. Decisive action now will give firms headroom on cash flow and prevent a short-term crunch becoming a longer-term crisis. The lack of an Executive already poses a risk to vital business investment, and in turn to Northern Ireland's economic recovery and Net Zero transition.

Next year represents the 25th anniversary of the Good Friday Agreement. It was a time when politics came last, with compromise first. Today's politicians would do well to show that they remember those important lessons by putting their shoulders to the wheel in seeking negotiated, lasting solutions in the service of peace and prosperity. With winter approaching, there really isn't a moment to lose.

Functioning Stormont essential for help with energy bills this winter

Fintech holds the careers of the future