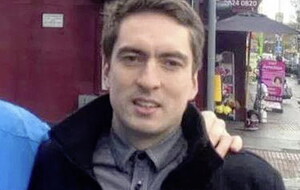 On Tuesday evening a majority of Belfast City councillors (12-1) voted in favour of turning the former Mackies site — a 25-acre publicly owned space off the Springfield Road — into a greenway instead of a social housing development as put forward by Take Back the City.

Fourteen members of the council attended the meeting, two did not sit due to a conflict of interests. All but one councillor — People Before Profit's Matt Collins — voted in favour of a 12km greenway project “to help bring communities together, on common ground, and prompt use of the shared space”.

He said: “West Belfast ranks among the highest areas in terms of housing need and campaigners are crying out to use this site to address the homeless crisis. In the planning committee this week I proposed that committee listen to housing campaigners and reject this plan for the Mackie's site, which excludes the building of housing on public land.

"Shamefully, not one councillor supported my proposal and it fell before the development was subsequently voted through by other councillors.

"Greenways and public housing are not mutually exclusive, but the big parties seem united in their desire to block the building of homes on this site. At the same time, they claim to wish to solve the homeless crisis. These parties should publicly explain their position to those who are languishing on housing waiting lists, because to me the hypocrisy is glaring.”

Take Back the City says it obtained data from DfC under a freedom of information request that shows there are 2,068 FDA (full duty applications — those who have passed all four tests for homelessness and have not yet been given a permanent social tenancy) homeless households in the west Belfast area alone, which it says is a 49 per cent increase since 2019.

Take Back the City is a group of families in housing need supported by experts in everything from human rights to housing planning and policy.

Its aim is to appeal to ministers and city planning officials to earmark a suitable solution for the site that responds to the housing crisis in the area.

It is hosting a competition in which 60 international architects have designed a sustainable housing project for the site. The winner will be announced in September and receive a £10,000.

The coalition is using the plans from the competition to illustrate to MLAs and councillors how a gentle density housing development would be better placed for the site that has been empty for 20 years.

Chloe Trew, director of Participation and Practice of Rights Project Ltd supports Take Back the City in its drive to identify and develop sites to address homelessness.

She said: “I think there is a real lack of political will and instead of saying words we need politicians to take action. There is slightly more than 7,000 FDIs here, we have 1000 asylum seekers in hotels, people living on the streets and people dying on the streets and we need bold direction.

“What's problematic about this decision is we have this huge amount of additional land that could be used for homes but instead it creates a barrier between communities when we want a city for the future where we have a shared space and people live together. A space where the community is involved in its co-creation.”

The council has argued that the greenway, which is part of a PEACE IV funding scheme, is more suitable for the site.

The land is owned by the Department for Communities (DfC), headed by Minister Deirdre Hargey.

A DfC spokesperson said: “The department has an agreement in principle to transfer land at the former Mackies site to Belfast City Council to assist with its Peace IV funded ‘Reconnecting Open Spaces' project which has been widely consulted on and has community support to build connections and cohesion across communities.

“The minister and the Housing Executive will look at all proposals relating to housing schemes.”

Take Back the City said the council's proposal is “at risk of creating a ‘green washed' interface ‘embedding and reinforcing sectarian division”.