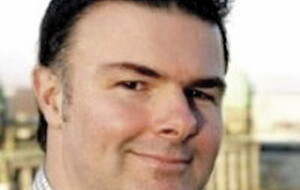 THE competition for recruitment of the next big thing (and even the next tiers down) by college athletic programs in the US is fierce. If you've performed well in high school and are highly rated, then you can expect all sorts of overtures and promises. You'll get tours, personal visits from coaches you've only ever read about or seen on TV, legends of the sport sitting and talking with you and your parents about how they, personally, need you for their team. Hopes and dreams stuff. And when you sign for them; it's all gravy. For you, the coach, and the college.

But what about the other suitors though? The ones who have also used their reputation to try and recruit you, but failed? The natural reaction would be for anger, disappointment, hurt at being rejected. Outrage that you chose someone else over them and their program.

Melissa Johnson was a high-profile recruit. Kathy Delaney-Smith was one of the 'winningest' and longest tenured college basketball coaches in the US. Simply put: a legend. And Delaney-Smith wanted Johnson on her team (Harvard).

Johnson rejected her (and others) to sign for North Carolina. However, as Johnson herself said “you don't really know a person until you let them down”. Other coaches who had been giving her the red-carpet treatment when recruiting, swore, screamed and froze her out; a simple ‘for us or against us' attitude.

Not Delaney-Smith. She was courteous, professional and warm afterwards. “I see you having a great life, even if I'm not a part of it” she told Johnson. A few years later Johnson transferred to Harvard, to play under Delaney-Smith.

Would that have happened if Delaney-Smith had been like the other coaches; overreacting, throwing toys out of the pram and immediately freezing Johnson out? Doubtful. Johnson certainly never forgot the kindness and humanity offered to her by someone she had just let down and ultimately that paid off further down the line.

In modern business, as in life, there are plenty of times we will be let down. Didn't get a promotion? Raise not match what your expectations were? Was your project canned? Had you put a lot of effort into something and got no thanks or recognition in the end, or even worse, a load of criticism? Of course, over 30-plus years of working life, it's bound to happen to most people at least once, if not many times.

The question is: how do we respond? Is it with petulance or with poise, with grace or with gurning?

Once we acknowledge that sh*t happens, we need to be able to deal with it in the right way. Be able to respond in such a way that employers retain confidence in you. That you can still be counted on. That maybe you could succeed next time round and you are still a contender.

Rather than reinforce the idea that they made the right choice not giving you that job, raise etc: make them think twice. Don't allow them to have confirmation bias, thinking they were right all along. Instead create positive doubt and leave the door for future success open.

Instead of burning your bridges in a bad temper, try the following instead:

• Have solid foundations in place to begin with. Ensure that when you try something you have given it your best efforts and prepared well. That way there are less regrets.

• Don't remain in denial. Know when to cut your losses. If something is gone, no point pursuing it over the edge of a cliff.

• Say nothing in anger. Even if you can just barely manage civility, that's better than an outpouring of (over) emotion. You will always be expected to have a little disappointment, that's natural. Vent when and where it does no damage.

• Keep churning out the good work, it reflects badly on them if someone packs up their tools on foot of a little disappointment.

• Take time to breath and refocus. Own those emotions, don't be ruled by them.

• Remember that things are rarely personal. There can be 101 reasons why you were let down and none of them could be to do with your personality or you as a person.

• Conduct an analysis of what went wrong and learn from your mistakes.

• Extract the positives. What worked? What would you repeat? If you got to a second-round interview for example, view that as a form of success, you probably beat a lot of people on the way. Understand what got you that far.

• Contextualize where this puts you in the grand scheme of things. Still working? In a job you like? Still paid reasonably well? Enjoying work life and the craic with your colleagues? Put the let down into context if that's the case and focus on everything else positive going on.

• Consider carefully what your next steps are, when emotion has drained from the scene and be prepared to make difficult decisions if necessary. If this is your dream job and you like the company and the people, then view this as a temporary setback and get on with things

• If not, then maybe that role simply is not for you, maybe you need to go elsewhere to get that next step up, or whatever it is you need.

Remember though, we discover true nature in adversity. The next time you get let down at work, try and put the right response in place and make those who let you down remember you for the right reasons. There is usually a next time.

:: Barry Shannon is head of HR at STATSports