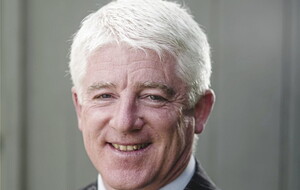 HAVING spent the last two years couped up like chickens, holiday makers around the world have been taking the opportunity to make for the hills and experience different cultures/food, but not the weather as its been perfect here indeed.

As is often the case, they run the gauntlet of the greedy, pickpocketing them financially before they leave.

I covered the potential for the euro/sterling rate last week. I think the dollar rate is more obvious in that we would expect sterling to remain weak given its vulnerabilities, but the euro is less obvious versus sterling (they both have big threats).

Without a crystal ball there is plenty to ponder, however here are some tips:

When booking a flight and you are asked if you want to pay using a ‘guaranteed rate’ such as that offered by Ryanair, consider your offer.

If you take care of the pennies the pounds take care of themselves. It’s much better to pay in the currency they are asking for and then use a card that doesn’t have currency charges like Nationwide, Halifax clarity.

The same applies in a shop abroad. When asked if you would like to pay in your own currency (like it’s some sort of favour), they load a currency exchange rate that may well be close to around four per cent.

What a favour! – It’s a bit like helping a fish up a tree so it doesn’t drown.

Maybe you want to take some cash with you abroad?

I shouldn’t bother. The prepay card above offers €118.73, whereas holiday money delivery companies’ rates can be pretty horrific for smaller amounts less than £700.

From a security point of view, I prefer the prepay cards like Starling.

Carrying cash, taking cash out, and using credit cards, all have their significant risks, but the ability to move to your phone and freeze your card in a second has its advantages (somewhat faster than making your way through countless options on a Saturday to be told there is no one there).

As for changing cash at an airport – you have to be desperate. Don’t do it. I won’t scare you with the numbers.

There are other reasons to transfer cash abroad, and you need to be equally careful with those options. For example, you may be either sending a deposit abroad for a home, or even the full cash for the purchase, earning abroad and transferring back, or even emigrating.

These numbers are even scarier. In short, stay clear of any bank.

Once again if I stick to the top available options, the numbers are horrendous. The top performer is the broker I’ve used for many years, Torfx with a transfer of £400,000 achieving €474,472 from an exchange rate at the time of writing of 1.186.

If you know a rate that would be good for you, you can set a limit order with your broker. They will execute the trade when it reaches that amount.

You could also set what is called a stop loss order which controls the risk of an exchange rate surprising you with a sharp fall.

Finally, if peace of mind is important, you can set a forward price for up to two years for a transfer if you like the rate right now, safe in the knowledge it cannot move.