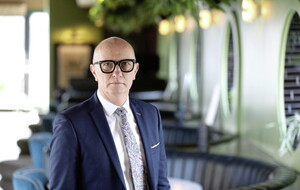 THE buzz created around a potential bid for Belfast as host city for Eurovision 2023 is something we haven't experienced for some time. It's great to see and hear such enthusiasm for a blue riband event after the successes of the likes of the MTV EMAs and the Giro d'Italia over the past decade.

Belfast is the perfect city to host the cultural phenomenon of Eurovision, ticking all the necessary boxes. And it would be remiss of the head honchos at the European Broadcasting Union not to have us right at the top of their list.

However, they still might need convincing. Can we convince them by the two airports on our doorstep, the venues that can seat thousands, the hotels, bars and restaurants that can accommodate, feed and water international guests? Do we need to convince them about our UNESCO Music City status, or possibly our own Eurovision heritage?

Another attribute to support the collective campaign is that our liquor licensing has now been modernised and puts us on a par with any British city which might be thinking of throwing their hat in the ring.

Belfast knows how to hold a party of this size – we've done it before. When the MTV European Music Awards were hosted in the city in 2011, official figures highlighted that a £22 million direct contribution was made to the local economy, with an extra £10m generated in extra revenue around the event. That is a significant return on investment.

The music awards saw thousands of international guests descend on to our streets with every bar, restaurant and hotel packed for days. This major event 11 years ago could act as the dress rehearsal for Eurovision, which is on an even bigger and far more flamboyant scale.

The Eurovision Song Contest could bring even more to Belfast and beyond with a week-long celebration, uniting every country in Europe, as well as Israel and Australia. That means tens of thousands of people including artists, production crews, guests and tourists coming to Belfast, and the wider city region, to eat, drink, sleep and explore what Northern Ireland has to offer. It's worth the effort.

Previous Eurovision contests have brought over £30m in revenue during the seven-day long competition to host cities, with an average of 30,000 attendees. The financial and reputational rewards Eurovision would reap for the wider Belfast area would be immense and a shot in the arm for a hospitality sector under pressure at present.

It has the potential to catapult Belfast on to the world stage with international media broadcasting to every corner of the world.

A staggering 161 million viewers tuned into Eurovision 2022 – just imagine the positive kick back of having an audience of that size. It also must be taken into consideration that we can provide a little bit of hope for post conflict prosperity and send a message out that things can and do get better. It will not be lost on anyone why this opportunity has come about in the first place.

It is great to hear that some political representatives and organisations with skin in the game are inching towards a potential bid.

Hospitality Ulster stands ready to support the city for host status and provide any backing required to get us across the line. Twelve points from us!