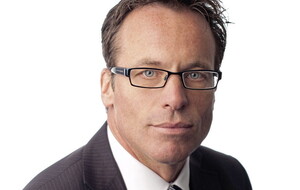 THE lack of major infrastructural projects under construction in the north has not only led to the building sector having a flat start to this year, but is also sucking away its skills to Britain, where the outlook is significantly more positive, a new report claims.

The latest construction and infrastructure monitor for the region, compiled by Rics and Tughans, says surveyors expect to see a reduction in workloads and profits over the next year.

And the report's authors are demanding the return of a fully-functioning Stormont Executive and Assembly to help ensure the construction industry doesn't go into a further tailspin.

The monitor showed that public and private housing experienced workload growth of 22 per cent and 9 per cent respectively in Northern Ireland in the second quarter of this year.

But workload balances were all in negative territory in private commercial (down 15 per cent), private industrial (down 17 per cent) and infrastructure (down 30 per cent).

With rising material and labour costs, profit margins have also been squeezed and are expected to decline further, a quarter of Northern Ireland respondents to the survey said (by contrast 27 per cent in Britain are optimistic of growth).

While labour shortages remain widespread, there are though indications this may be easing, with shortages of both other construction professionals and blue-collar workers reported lower this quarter, down from 57 per cent and 55 per cent respectively.

Jim Sammon, regional construction spokesman for Rics, said: “It is clear that surveyors in Northern Ireland are less optimistic about the year ahead.

“With skills shortages, problems accessing materials, rising costs, and a flat workload picture, this is perhaps unsurprising. The divergence between Northern Ireland and the rest of the UK appears to be linked to infrastructure workloads.

“So we would very strongly call on our political parties to form an Executive and commit to continued investment in upgrading our infrastructure and provide a long-term vision for the future pipeline of activity, allowing the sector and supply chains to plan accordingly and address potential barriers.”

Michael McCord, senior partner at Tughans added: “There is little respite for the Northern Ireland construction sector in the current environment. Even the suggestion of an easing of skills shortages is perhaps optimistic, given that rising workloads in the rest of the UK will potentially suck talent from the industry here to other regions.

“The ongoing falls in infrastructure workloads in contrast to the overall UK picture is particularly concerning. We would add our voice to the calls for local politicians to form an Executive and commit to long-term investment in this area.”

He added: “The construction industry has a very important role to play in helping drive a sustainable economic recovery in Northern Ireland. Investing in our infrastructure can play a central role in creating employment, driving spend in the economy, and ultimately improving the region's competitiveness for the long-term.”