Nothing is going to get better - unless you take action 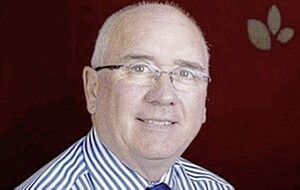 “MAN who stand on side of mountain, with open mouth, waiting for roast chicken to fly in – he have long wait . . . . ”

These words might have been written by the ancient Chinese philosopher Confucius (551-479 BC), if I hadn’t got there today.

There is, however, a serious message here. In these adverse times, nothing is going to get better, unless you take action to make it happen.

A new report from Legal & General backs this up.

It shows that millions of people across the UK have had to put their life on hold due to the current cost of living crisis, but over half of them have not taken financial advice to improve their situation.

This includes over 11 million who say they have put their retirement plans on hold. Two-thirds of UK adults, or 33 million people, say that they worry that the rising cost of living will impact their plans in the future.

If you are one of those forced to tighten your belt by rising inflation and rising costs of fuel, energy and food, there are some principal ways in which you’re saving money, says L&G.

Almost half of us (48 per cent) are turning off the heating, a third of us (37 per cent) are reducing our grocery spend, and a quarter of us (24 per cent) are cutting down on how often we use the car.

How is it working out for us?

Well, over half of us feel we have already done all we can to save money. In fact, many are dipping into savings to meet the sudden hike in living costs: nearly a third (30 per cent) of us no longer have a savings buffer to deal with unexpected emergencies. And as anyone knows who has children going on school trips, or owns a car, or has water pipes in their house - there are always unexpected emergencies.

Bomad (The Bank of Mum and Dad) has also been affected, with many parents having to put their loans and financing service on hold. Two in five parents who had hoped to build a lump sum for their children have had to scale down those ambitions, and a fifth believes they’ll now have to scrap their plans completely.

The most common area here is helping our children scrabble together a deposit on their first house. Two in five parents who had hoped to help have had to put this off, and a quarter of those actually say that now, it’ll probably never happen.

As I said, many people’s retirement plans have been put on hold as well. This includes nearly half of us who can already see our retirement on the horizon. Half of us who had hoped we were in the last 10 years of our working lives say we’ll have to delay by a year or more, while over one in 10 (12 per cent) say we don’t think we’ll ever be able to retire.

Even those who do realise they need high quality advice aren’t looking in the right places. Most of them turn to price comparison websites, ask family members, or look in the newspapers, while only 7 per cent have made the right choice: to contact a qualified independent financial adviser.

What are you doing to secure your future, your children’s future, and your retirement? Will you make the good choice, and talk to a financial adviser?

Or stay on your own personal mountain, with your mouth open, waiting for that roast chicken to come to you?

:: Michael Kennedy is an independent financial adviser and pensions specialist and can be contacted on 028 71886005. Further information on Facebook page at Kennedy Independent Financial Advice or at www.mkennedyfinancial.com