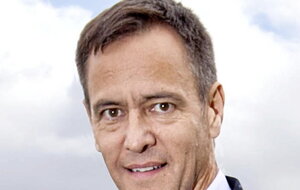 FROM food inflation to climate change, recent news has served up a reminder of just how fragile and interconnected our global food system is.

The media coverage on food inflation and record-breaking temperatures reflects just how complacent we have become in assuming that food should be cheap and that our foreign trips, home heating and plastic coffee cups don’t impact our climate.

It’s not helped by the way retailers have convinced us that they are acting on the consumers’ behalf to ensure lower food prices, that it’s OK to over stock on food which is then wasted or that they will source some foods anywhere across the globe provided it’s cheap.

How many years has milk and bread been sold as ‘lost leaders’ in an effort to generate footfall?

This week, they are trying to out do each other on providing cheap meals – as low as £1 per meal. It sounds great but the truth is that there is no free lunch – if the meal is being sold at £1, then it is likely someone across the supply chain is subsidising the true cost.

All of the above only devalues food and creates the illusion that it’s cheap and plentiful and confirms that it can be manipulated to drive customer behaviour.

The complaints about the rising cost of living are valid and sincere. No one should have to absorb nearly 10 percent increases in the cost of living while wages remain static. It’s particularly difficult for low-income families.

But also spare a thought for the farmers who grew the food we’ve eaten yesterday and today, and automatically assume we will eat tomorrow.

They have experienced a 30 percent increase in feed, fuel and fertiliser cost which started over 12 months ago and is still climbing.

They, more than anyone, witnessed first-hand the impact of global supply chain disruption and the implications of the Russian invasion on the input costs of their business.

It was inevitable that food prices had to increase. For years, farm leaders have warned that below cost selling of food was putting the UK agri-food sector under huge strain and today the UK is about 65 percent self-sufficient in food production.

This means that in a typical year, the UK can feed its people from January until around now. From here on it relies on imported food.

So, with current political upheaval in Russia and Ukraine, with climate change induced drought, floods and with an increasing global population, the UK is exposed to significant food price volatility despite having the ability to produce more homegrown food.

The easy answer is that the UK economy will never go hungry – it has the wealth to buy in whatever food is needed so what’s the problem? The problem is that in sourcing more food from abroad then much poorer countries, hugely reliant on being able to source limited food supplies on the world market, are unable to compete.

And we also have to think of climate change.

Food, cars, aeroplanes, heating oil and using single use plastics all contribute to increased greenhouse gases and in turn to higher global temperatures.

We’re all aware of this but how much are we willing to change our behaviour to lower our emissions. Some have moved to electric cars, local food processors have invested heavily in solar farms, recycling water and plastic and over 50 percent of Northern Ireland’s electricity needs now come from renewable supplies, most of it generated from wind.

Farmers too are on transition to lower emissions and investing in areas that will improve plant and animal health and our soils are a great sink in which to store carbon.

Airports can’t cope with the numbers seeking foreign holidays, heating oil consumption likely has reduced but driven more by its cost than by the need to reduce emissions.

Meanwhile many of those poorer countries, particularly in Africa and parts of Asia, are much more susceptible to the impact of global warming so that whatever food they could grow they may soon be unable to due to rising water levels or drought.

It took a significant and unparalleled series of events to cause food prices to rise. What will it take get carbon emissions lower? Interestingly when we buy fuel, heating oil or use electric, we pay a levy to help fund more renewable electricity.

The principal is that the ‘polluter pays’ – the more you use the more levy is paid. No levy is charged to the oil producing country – it’s paid by the end user.