Tax Corner: When is a van not a van? 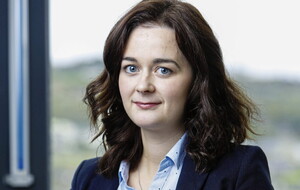 QUESTION: My company is planning to buy a new van, is there anything I need to consider when choosing what model to purchase?

ANSWER: Surely, we all know the difference between a car and a van, but do HMRC?

They have different rules depending on what tax is at stake i.e. PAYE, VAT or corporation tax.

There was a significant PAYE tax case against Coca Cola, won by HMRC, the courts ruled that modified crew cab vehicles supplied by Coca Cola to several of its employees were indeed cars and not vans.

This has significant PAYE tax ramifications for companies that supply their employees with what they thought were vans.

A vehicle is a van for PAYE purposes if it is a “goods vehicle, meaning that when constructed, and its subsequent modifications, it was primarily suited for the conveyance of goods”.

Where a vehicle is equally suitable for both goods and passengers, then it has no primary suitability and thus cannot be a goods vehicle.

Businesses normally recover all of the input VAT when a van is purchased and other than in exceptional circumstances it is not possible to recover input VAT on the purchase of a car.

HMRC defines a car for VAT purposes as a vehicle having seats behind the driver as well as side windows.

Additionally, it defines a van as not being constructed or adapted for carrying passengers and specifically includes the following as van regardless of its seating arrangements;

• Vehicles with a payload of one tonne or more;

• vehicles only capable of accommodating only one person or suitable for carrying 12 or more people including the driver;

Finally, companies may claim a 100 per cent annual investment allowance to reduce their corporation tax liability on the purchase of the ‘van’, as vans are classified as plant and machinery for capital allowances purposes.

Cars on the other hand are not eligible for this allowance and relief for corporation tax purposes by companies is given over a much longer period of time.

The rules for capital allowances, different again that the other taxes, are often perceived to be easier to understand.

Notably, vans include driving school cars, emergency vehicles, hearse, black cabs and double cab pick-ups with a payload of one tonne or more.

Double cab vehicles have become very popular, additional seating behind the driver with a flatbed load carrying space instead of an enclosed space.

By concession, if such a vehicle can meet the one tonne payload test and be classified as a van for VAT purposes then HMRC will not seek to tax the provision of the vehicle to an employee as a benefit in kind.

Therefore, it is important that any modifications to double cab pick-up vehicles do not reduce the vehicle’s ability to pass the payload test.

While you need to consider your company’s need for a new vehicle when making your purchase, consider what it was constructed and modified for along with what it is primarily suited for, so you are not surprised by the subsequent tax treatments.

KellyAnne Murtagh (k.murtagh@fpmaab.com) is senior manager at FPM Accountants Limited (www.fpmaab.com). The advice in this column is specific to the facts surrounding the question posed. Neither the Irish News nor the contributors accept any liability for any direct or indirect loss arising from any reliance placed on replies.