FEED mill workers at Moy Park's site in Randalstown have voted for strike action - despite the company claiming its new pay award represents an increase of 8.6 per cent on all basic rates and shift allowances.

Unite members at the mill have voted by 78 per cent to take the action in a dispute over pay parity across the poultry giant's Northern Ireland sites.

Drivers, mill operators and engineers at the Moneynick Road plan have rejected Moy Park management's attempts to tie a pay parity deal to removal of wider terms and conditions.

They claim they are currently paid less per hour than workers doing similar work at other Moy Park sites, but say the employer insists that any movement to end unfavourable pay rates must be tied to workers losing holiday and special day premiums – which are also paid at other sites.

Strike action at the mill is set to start from 7am next Monday, with up to 19 Unite members involved.

The Randalstown mill produces chicken feed for thousands of farms supplying Moy Park across the north.

Its general secretary Sharon Graham said: “Moy Park wants to give with one hand but grab back more with the other and that's just not acceptable to Unite.

“This company can well afford to pay fairly. Our members are saying loud and clear that they will not put up with any attacks on terms and conditions, and that those working at the feed mill should be paid the same as their colleagues working elsewhere within the business.”

Regional officer Sean McKeever added: “Moy Park needs to recognise the determination of this workforce at Moneynick to end pay inequality with other sites.

“In the absence of movement, this strike is going ahead on Monday from 7am and will shut down production at this critical site.

“Even if Moy Park can source alternative supplies, there will undoubtedly be an impact for farming in Northern Ireland. The company's greed is not just harming our members but harming animal welfare too.

“Management know what is needed to avert this strike – they need to return to the table with a no-strings offer to guarantee pay parity for these workers.”

But a spokesperson at Moy Park told the Irish News: “Following the successful completion of pay negotiations, which were balloted on and accepted by Unite members, we are disappointed to be notified of this strike action.

“The new pay award, representing an increase of 8.6 per cent on all basic rates and shift allowances, has been payable from April 1.

“The proposed strike by up to 19 Unite members at the Mill will not disrupt our operations or customer service levels.”

The planned action comes a day after the Irish News reported that workers at Co Armagh forklift truck manufacturer Hyster-Yale Group, which employs more than 700 staff, had also voted to strike.

A spokesman for the company said: “Since 2020 we have experienced disruption as a result of the Covid pandemic and continue to deal with challenges presented by pressures in the global supply chain.

“Following a recent Unite ballot, we are disappointed with the current developments in relation to the potential for industrial action at the Craigavon site.

“Despite these unprecedented circumstances, the company remains committed to working in partnership with Unite to support our workforce and navigate through these difficult times together.”

Management added: “It is essential we sustain a healthy business and remain competitive in the marketplace. We are committed to ensuring the best conditions for our workforce and believe the pay award is fair and reasonable in the current challenging business conditions.

“We remain positive and will continue to work with Unite to reach a satisfactory resolution which is sustainable for all.” 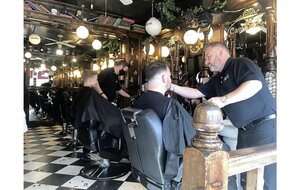