BUSINESSES in the north are increasingly feeling the impact of inflation, a new survey from Ulster Bank has shown.

The latest purchasing managers index (PMI) from the lender indicates rising prices subdued the growth of output and new orders within the local private sector during April.

The monthly survey, which reflects the experiences of 200 private sector firms across the north's manufacturing, services, retail and construction sectors, is considered a reliable early indicator of how the economy is performing.

The latest report said while the private sector on the whole continued to grow last month, the pace of activity was the slowest since January, with the construction sector actually in decline.

The index said “substantial” inflationary pressures limited growth of output and new orders, with the rate of job creation also easing at the start of the second quarter.

Businesses said the rising cost of living has hit demand, with shortages of materials and staff along with weakness in the construction sector also limiting growth during April.

Input costs for firms rose at the second-fastest pace on record, while higher energy and wage costs were the most widely reported sources of inflationary pressure.

That in turn saw businesses pass on the costs, with prices of their goods and services rising at the fastest pace since the survey began almost 20 years ago, with peaks in the manufacturing and retail sectors.

“Northern Ireland was no exception with firms reporting slower rates of growth in output, new orders and employment.”

The economist said that the workloads and backlogs reported by manufacturers and services firms should guarantee relatively strong rates of growth in business activity in the near term.

“With the economy set to deteriorate in the second half of the year, the business community will be hoping for a quick formation of a Northern Ireland Executive to help deal with short term challenges and to progress much needed long-term reforms and investment.” 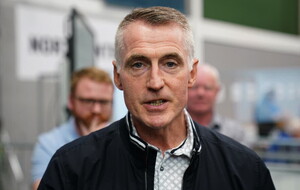