IRISH telecoms group Eir has signalled its intent to take a bigger slice of the Northern Ireland business market.

The group has already pumped £10 million into its northern subsidiary Eir Evo over the past 18 months, expanding its staff to around 45.

Eir Evo has now implemented the Evros tech into a new telecoms and IT services offering aimed at Northern Ireland businesses.

Officially launching a new growth drive in Belfast this week, Eir Evo said it would like to double its northern workforce within the next few years.

“They see it effectively as a white space market, particular for the digital-ICT element that we can grow into.

“When it comes to the fixed-line networks, they would see in the longer term that there’s definitely a share we can gain here.”

Former Diageo Ireland boss Oliver Loomes, who was appointed chief executive of Eir in January, was in Belfast on Tuesday to speak at Eir Evo’s launch event.

Referring to Diageo’s strong presence in the north, he signalled his desire to see Eir eventually take an equally strong market share here.

The Northern Ireland market is still largely dominated by BT.

Philip O’Meara said his goal is to help make Eir Evo the number one challenger brand to BT’s dominance.

Pointing to the recent upgrade of its network to 100GB, and the introduction of the Evros tech, he said the result is a more in-depth offering to its customers.

“Whether you’re a business which wants broadband connectivity, or whether you want to talk about high level security for your cloud applications, we can now deliver all of those services.

“That’s a big change, because historically those have been provided by different vendors.

“We’d like to be the number one challenger brand here,” he continued.

“That will take some time, but it’s certainly within our reach if we do our job the right way.”

Listing the ongoing fibre broadband-rollout across the north, Mr O’Meara said Openreach had also made it more affordable to access and build links to its system.

He said Eir Evo can now reach 96 per cent of businesses in Northern Ireland.

“We don’t have a problem in terms of reach. I think our challenge is how do we get our brand known. That will take a little time.”

What Eir Evo has going for it is the financial clout of Eir and NJJ behind it.

“Our overall shareholders and owners are very positive about the opportunity in Northern Ireland,” said the regional director. 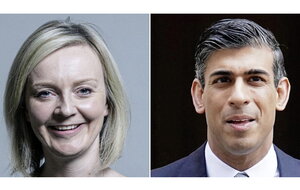