THERE has been no shortage of drama on the economic and political fronts during recent weeks. And the drama is focussed on shortages.

A number of crises are converging. These include supply chain disruption, inflationary pressures and adapting to Brexit. Shortages are becoming ever more problematic from labour to energy.

We have had supply chain disruption intensify most recently with petrol shortages. Some headlines ran with 'Kung Fuel Fighting' as skirmishes broke out in GB petrol station forecourts like something out of a Mad Max movie.

So far Northern Ireland’s sea-border has prevented any cross-contamination here. Labour shortages, notably among HGV drivers, are becoming a major problem though and the army has been called in to assist with the driver shortage affecting petrol stations. Strains in the logistics industry coupled with labour shortages in the food processing industry means this Christmas could be one to remember for all the wrong reasons.

Warnings of food and toy shortages have been flagged – the latest Ulster Bank NI PMI survey highlighted severe lengthening of delivery times. Remember these challenges are being overlaid on the new regulatory world that is evolving post-Brexit. The reality is the much-lauded just-in-time supply chain is just-not-resilient.

Businesses have been adapting to that and households will have to as well. Marks & Spencer’s Christmas click and collect food ordering service will not be available in Northern Ireland this year (and presumably going forward). That will make it even more difficult to not mention Brexit over the festive period.

We are also in the midst of an energy crunch with the availability of fuel falling and the price rising. European wholesale prices of electricity and gas in have hit all-time highs. Last month, firmus energy announced a 35 per cent increase in gas tariffs locally. That was before the more recent spike in prices. Even greater gas and electricity price increases are in the pipeline.

As in the credit crunch, where providers of credit such as banks went bust (think of Northern Rock), the energy crunch has seen numerous UK energy providers go bust too. Surging gas and electricity prices as led to some firms closing or scaling back production. Significantly this has included UK fertiliser plants. BASF, the world’s largest chemical company, is reducing ammonia production in Germany and Belgium.

Energy crises are worldwide including in China and India, some of the world’s biggest energy users. Indeed, in China, businesses and other organsiations are already having power cuts that are forcing them to shut down. This will trigger a slowdown in economic growth and exacerbate supply chain issues.

Back home, the evolving energy crisis adding to a developing cost of living crisis. With inflation set to exceed 4 per cent in the coming months, households will experience a cost of living squeeze. Inflationary headwinds are combining with the removal of the temporary £20 per week increase in Universal Credit. This has expired impacting 134,000 claimants in Northern Ireland. All of this has led to talk of a forthcoming winter of discontent. Indeed, an autumn of discontent has perhaps already begun.

But it isn’t all bad news. While some fiscal stimuli is coming to an end, Northern Ireland adults will be able to avail of £100 in the £145 million High Street Voucher Scheme. Perhaps we will see people spending their money on hats, scarves, jumpers and thermals as the new world of working from home collides with record fuel bills. And we will perhaps see those working from home flocking back to offices when home heating bills start to come in.

Given all this drama, you would be forgiven for forgetting another major announcement. Last month, the Prime Minister announced more fiscal action than many set piece budgets would entail.

Eight months ago, the manifesto pledges ruling out tax rises on VAT, income tax and national insurance were off limits. So too was reneging on the triple-lock pension guarantee whereby pensioners were guaranteed an increase in their pension equivalent of at least 2.5 per cent per year or by the rise in inflation or average earnings growth if these were higher. Incidentally, retaining the triple lock was also supported in the DUP and UUP manifestos in 2019.

Politicians hate breaking pledges, even bad ones. Just think of the scorn heaped on Nick Clegg for breaking the Lib Dems pledge not to increase tuition fees. But on September 7 the Conservative tax promises were binned. Suspending the triple-lock for a year to avoid uplifting pensions by a freak 8 per cent rise in average earnings was expected.

The tax hike is a big deal. The March 2021 Budget was the biggest tax rising budget since Norman Lamont, another Conservative chancellor, back in 1993. The September 7 announcement takes 2021’s tax raising beyond anything we have seen since the 1970s.

When this year’s budgetary measures come into effect, the UK will have its highest sustained tax burden as a share of GDP in 70 years. The fiscal direction of travel is clear. Tax rises in the spring will follow. Indeed more tax rises may be sprung on us in the Budget on October 27.

Now that the taboo of breaking manifesto pledges is out in the open, what taxes will rise next?

As we have seen with the hike in national insurance contributions, we are entering a world of more unpopular policies. We may have 2-3 years to wait for the next set of UK manifesto pledges. But we are already seeing the broad areas being targeted. For example, the Labour Party recently proposed a bonfire of tax reliefs.

With Northern Ireland’s Assembly elections due next May, will any local parties propose the same for any existing specific reliefs locally? For instance, lack of water charging and free prescriptions.

According to the Independent Fiscal Commission for Northern Ireland, these amount to £600m a year. The Communities Minister has been proposing additional support following the removal of the temporary £20 per week uplift in Universal Credit.

Given the inflationary context – particularly regarding energy price surges – this is a very understandable objective. However, as always in politics, there are difficult choices to make. This measure would cost around £140m per year (roughly the same cost as the High Street Voucher scheme). This would eat up the majority of the tranche of money expected from Treasury which presumably was earmarked almost exclusively for health.

Alternatively, would the Executive seek to fund it by forgoing some of the other £600m worth of annual reliefs? After all, this is what politics is all about.

Rademon secure new whiskey and poitín distribution deal in the US 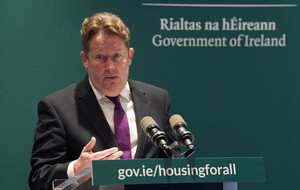 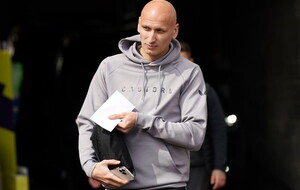