PUBS entrepreneur Willie Jack is injecting £3.5 million into a significant urban regeneration development in the Hill Street/Cathedral Quarter area of Belfast which will create another major tourist destination - and open up an historic old road link in the city.

It will include a micro-brewery, a museum dedicated to the recent history of Belfast, including the Troubles, and a cookery school fronted by leading chef and restaurateur Niall McKenna.

And the scheme, due to open within weeks, will also involve reviving Half Bap Lane, linking the existing Hill Street right through to Dunbar Link.

Commercial Court Inns Ltd, whose portfolio of hostelries includes the Duke of York, Harp Bar and Dark Horse as well as the Friend at Hand whiskey museum, is behind the project, which co-director Mr Jack insists "will keep Belfast ahead of its time".

He told the Irish News: "What is already a vibrant area of Belfast will be taken to a complete new level by this development."

The scheme will see the Harp Bar extended further up Hill Street while a new 4.5 metre wide access-way which will ultimately form Half Bap Lane already exists and extends from the grand gated archway to the immediate left of the listed building at 5-23 Hill Street, known as Waterman House.

It can also be revealed that the tenancy on Waterman House will be taken by James Street South and Hadskis owner Niall McKenna.

The award-winning chef said: “The Cathedral Quarter is a fast-growing success story for the city and a thriving area filled with great restaurants, bars, cafés and cultural venues.

"An extension to the already-successful Harp Bar to create the Orpheus Bar marks a significant addition to the area and this decision will help to propel further growth and encourage even greater investment to this vibrant part of Belfast.”

That building will feature the original maple-sprung flooring salvaged from Belfast city centre's last 'ballroom of romance', the 1932 art deco Orpheus building on York Street, which was demolished in 2016 to make way for the multi-million-pound redevelopment of the Ulster University campus.

According to Mr Jack, significant improvements are proposed over the vital Half Bap Lane route to upgrade its environmental status to that equivalent to those existing on Hill Street, Commercial Court and Exchange Place

"In a similar manner to that of Hill Street, the surface of Half Bap Lane will be paved in whinstone sets, with flat paving slabs of the same material providing wheelchair access to all properties.

"Catenary lighting suspended above the new street, like that on Hill Street, will provide a well-illuminated passage, with the eye being attracted to its terminus by the installation of an original floodlit piece of sculpture.

"Significantly, Half Bap Lane will serve a complete range of mixed-use developments, a well-acknowledged criterion in all successful urban regeneration developments."

Part of the development will see the creation of an art gallery and museum, which will be a "fun and creative place, featuring artists, textiles, silversmiths, arts and crafts markets".

Mr Jack's company, and his own enthusiastic and passionate input, have been pivotal in the regeneration of that whole part of Cathedral Quarter, and he claims: "What people will see here is probably our best offering yet." 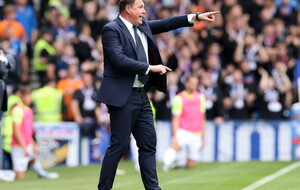