New Executive vital for development and growth of the economy THE year 2017 began with the expectation that the UK's decision to leave the EU would dominate the economic and political landscape in Northern Ireland and that is how it has proved to be. Indeed, in the final month before we enter 2018, Brexit negotiations have been at their most tense.

But whilst the UK preparing to leave the EU has been at the forefront of the news agenda, political discussion, and the minds of many in Northern Ireland, it doesn't appear to have had any real direct impact on the housing market to date.

And this chimes with the RICS and Ulster Bank Residential Market Survey, which has pointed to prices edging up throughout the year, and suggests that this will continue into 2018 with Northern Ireland surveyors positive about the prospects for house prices over the next 12-months. This is in contrast to respondents from most other UK regions.

It is a somewhat different picture though when we look at both the construction sector and the commercial property sector.

But it would appear that 2017 has been a somewhat different story. The latest RICS and Tughans Construction Market Survey suggests that Northern Ireland's construction sector stagnated for a second successive quarter between July and September, as a lack of public spending continued to impact on the industry. Respondents also cited the lack of a functioning Executive at Stormont as a key impediment to the sector, impacting on confidence, as well as the availability of funding for projects.

In the commercial property market, occupier demand for office space is one of the few bright spots, according to our survey of the sector. Demand from tenants across the office sector rose in the third quarter of the year according to the balance of Northern Ireland surveyors, whilst demand for retail space fell and demand within the industrial market was flat. Meanwhile, the volume of enquiries from potential investors fell back in the quarter, according to respondents, including a further decline in enquiries from foreign investors. Political uncertainty - including the ongoing Brexit negotiations – continued to be seen by surveyors as an impediment to market activity.

What 2018 holds in store for property and construction remains to be seen. But what is clear is that we need to see positive movement on a number fronts. The border on the island of Ireland has been much discussed in recent days and it sounds increasingly likely that the border issue will be dealt with. We also need to see movement in relation to restoring the Northern Ireland Executive.

We will have had no functioning Executive for the significant majority of 2017. This is not a situation that the business community will want to see continue. We want to see a local Executive in place to ensure the delivery of long-term policies and decision-making that are vital to the development and growth of the economy.

:: Susan Mason is acting director of the Royal Institution of Chartered Surveyors (RICS) in Northern Ireland, the principal independent body representing professionals employed in the land, property and construction sectors. 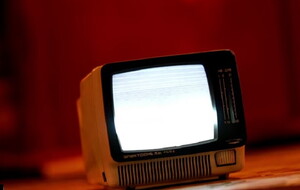