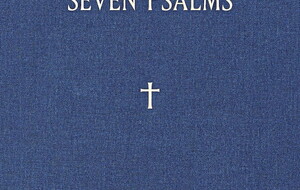 TWO decades on, Neil Young finally releases Toast, an album he shelved in 2001 as it was "too sad".

That's quite the statement, but these seven tracks do indeed bring the darkness.

On opener Quit, a low-key song with a simplicity close to Harvest, he and his backing singers repeat "Don't say you love me" until quietly fading away. Standing In The Light Of Love has the classic Crazy Horse sound on a song that could fit on Rust Never Sleeps, while Goin' Home is redolent of Powderfinger.

Young fanatics and completists will be most interested in How Ya' Doin' and Boom Boom Boom, both never previously heard. The former is a seven-minute minor key lament for lost love and shattered dreams, while final track Boom Boom Boom stretches over 13 downbeat minutes.

It won't get the party started, but Toast adds to Young's formidable legacy.

SOME four decades in, Nick Cave is producing perhaps the most vital music of his career.

Recent releases have presented themselves as grand statements – Ghosteens ruminated on loss following the death of his son Arthur, while Carnage, with his chief collaborator Warren Ellis, picked apart the existential questions prompted by lockdown.

Seven Psalms is a self-consciously intimate record. It lasts only 25 minutes and unfolds through a series of spoken word prayers backed by ethereal instrumentation.

Hearing tracks like Have Mercy On Me and Such Things Should Never Happen transports the listener into Cave's inner sanctum.

Stripped of his usual biting comedy and theatrics, this is Cave at his most simple, and it is hard not to be touched.

Seven Psalms is an unorthodox release from an unorthodox artist, but one that bears listening to no matter your opinion on faith.

JAMES Bay's third album, recorded in Nashville before the pandemic struck but tweaked and added to throughout lockdown, is not so much a leap a concentration of the sounds and themes of his last record.

And he does so successfully.

Tracks such as Love Don't Hate Me and Nowhere Left To Go explore the sort of clean-cut pop of Bruno Mars or Justin Bieber.

Give Me The Reason, meanwhile, crescendos into a Coldplay-esque finale complete with crashing cymbals and yearning vocals.

Silent Love harks back to his earnest first album and offers a quiet moment amongst the melodrama.

Bay began writing Leap in 2019 during a period of anxiety and imposter syndrome, and, while some of these songs address that, often he reverts to the classic heartbreak/love song format.

But that's fine. It's what he does best.

LAS Vegas rockers Imagine Dragons present the sequel to last year's Mercury – Act 1, 10 years on from when they crash-landed on to the scene with their wildly creative debut Night Visions.

Act 2 opens with lead single Bones, the highlight of the album. The track is an instant hit, blending catchy piano with frontman Dan Reynolds' harsh vocals on the pre-chorus refrain.

Second single Sharks is also catchy and asks the listener: 'are you the hunter or the hunted?'

The mood often shifts between tracks. Waves is a deeply personal song focusing on the suicide of Reynolds' friend and the guilt and responsibility he feels for not having been there.

The tail-end of the album contains several slower songs. Ferris Wheel is a particularly sweet and romantic tale.

Surprisingly, this lengthy 18-track work doesn't contain any bad songs and sees the Dragons continue on their path to world domination.