From romance to real life, ‘cli-fi' and even origami, Hannah Stephenson rounds up the 2023 book trends 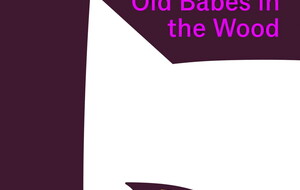 Old Babes In The Wood by Margaret Atwood

IF you're getting next year's reading list sorted, there are plenty of good books to choose from.

But which authors are going to rise to the top of the bestseller list?

Of course, the Duke of Sussex's memoir Spare (Bantam, January 10) is likely to smash January sales, but there's a buzz around many other page-turners over the year, both in fiction and non-fiction.

The coronation in May should also spawn some royal books.

"It's looking like it's going to be a really good year as we have tons of great books in every area," says Bea Carvalho, head fiction buyer at Waterstones.

Richard Osman's fourth book in The Thursday Murder Club series (as yet untitled, Penguin, September) will no doubt be another cosy crime runaway success, while booksellers are anticipating a lot of interest in Victory City (Jonathan Cape, February 9), Salman Rushdie's forthcoming novel, written before he was attacked in New York.

"There's been a real influence of BookTok (a community within TikTok, in which people give each other recommendations) which has had a hugely positive impact on the book trade," says Carvalho.

"Certain genres have really benefited from it, including romance, which is booming." There will also be a continuing push for diversity and recognition of authors of colour, she adds.

People with a substantial online following may be making their mark in 2023, predicts Caroline Sanderson, associate editor of trade publication The Bookseller: "Increasingly, TikTok is a big influence on what's published."

Here are just some of the books experts are predicting could be big in 2023.

One of the current stars of romantic fiction brings us a tale about a couple who have gone to their cottage every year to soak up the sea air with their favourite friends. But this year they are lying through their teeth, as they broke up six months ago and haven't told anyone. Can they fake it for a week without their friends finding out?

From the international bestselling author of American Wife and Rodham comes this tale about a successful scriptwriter for a legendary TV comedy show and her long abandoned search for love, as she falls for a pop idol.

The award-winning author of The Handmaid's Tale offers this collection of 15 short stories, ranging from two best friends who disagree about their shared past, to the right way to stop someone from choking.

Sanderson anticipates this book with money-saving recipes and home hacks will be big. "She's a big campaigner to highlight food poverty and the plight of people on the lowest incomes."

With more than a million followers on TikTok, Easterbrook's guide on how crystals can boost self-confidence and improve all aspects of your life could be big.

"It intersects with manifesting, which started with the Rhonda Byrne book The Secret (Simon & Schuster), manifesting the life you really want," says Sanderson.

The follow-up to her bestselling Manifest aims to take people deeper into their healing journey.

In his first novel in 13 years, the bestselling author of American Psycho offers this chilling tale which tracks a group of privileged Los Angeles high school friends as a serial killer strikes across the city. Set in 1981, the story explores the emotional fabric of the 17-year-old protagonist Bret and his obsession with the killer.

A Death In The Parish by The Rev Richard Coles (Orion, June 8)

If you prefer cosy crime, you may plump for the second in this genre from the celebrity vicar, which sees the return of Canon Daniel Clement trying to keep order in the village of Champton while investigating what seems like a ritualistic killing.

The Year Of The Locust by Terry Hayes (Bantam, June 8)

From the bestselling author of I Am Pilgrim, a Richard & Judy Bookclub phenomenon, comes Hayes' second novel. In it, his hero Kane travels to the badlands where the borders of Pakistan, Iran and Afghanistan meet to exfiltrate a man with vital information for the safety of the West. But instead he meets an adversary who will take the world to the brink of extinction.

The Oscar-nominated actor, the first openly trans man to appear on the cover of Time magazine after coming out as transgender in 2020, charts his life in a memoir full of behind the scenes details and intimate interrogations on sex, love, trauma, and Hollywood.

A Pebble In The Throat by Aasmah Mir (Headline, May 18)

Fascinating memoir from the broadcaster and co-presenter of the Breakfast Show on Times Radio (and former Saturday Live presenter with Richard Coles) who recalls her story as young girl of Pakistani heritage growing up in her native Glasgow, in parallel to that of her mother, who was sent abroad to Scotland after marrying a man she barely knew.

There are also memoirs coming from Paris Hilton, Jon Snow and Melanie Sykes, while Geordie Shore star Charlotte Crosby talks about pregnancy and motherhood in Me, Myself & Mini Me (Headline, March 2), and Tess Daly offers a lifestyle fitness and wellbeing guide 4 Steps To A Happier, Healthier You (Bantam, March 16).

The author of The Luminaries brings us a new psychological thriller about a guerrilla group farming the land in unclaimed spaces such as abandoned parks and the sides of the road, who come up against a man who has bought the land and made a bunker to protect himself from forthcoming apocalypses.

Go As A River by Shelley Read (Doubleday, April 6)

One of Doubleday's key 2023 titles, this soaring, compassionate tale of female resilience is set against a breath-taking picture of our natural world – its trees and mountains and light.

The London Mayor was diagnosed with adult-onset asthma when training for the 2014 London Marathon and became passionate about climate change. This seven-step guide aims to win support on tough action on this issue.

Pre-orders are doing well for this tale about a world in which gods are projected from the beliefs of the inhabitants – and not always forces for good. The protagonist is out to get them.

From the bestselling, award-winning author of Open Water comes his expansive new novel about fathers and sons, faith and friendship, set over the course of three summers in the life of a young British-Ghanaian musician from south-east London.

The Making Of Another Major Motion Picture Masterpiece by Tom Hanks (Hutchinson Heinemann, May 9)

The Oscar-winning actor is surely well-placed to pen this debut novel which charts the story of how a colossal, star-studded superhero action film is made, spanning 80 years. It features a colourful cast of characters including a pompous film star and an eccentric director. The novel follows Hanks' bestselling short story collection.

"We've had colouring books to calm yourself, but we're turning to origami. According to the publishers, origami is the tenth most desired skill on YouTube, and this author has more than two million TikTok followers so it may do well," says Sanderson.

Ruth Jones on writing in her pyjamas, waiting for inspiration and the joy of having a varied career

Miriam Margolyes: 'When there's any pressure on feeling jolly, I immediately feel ill-tempered'